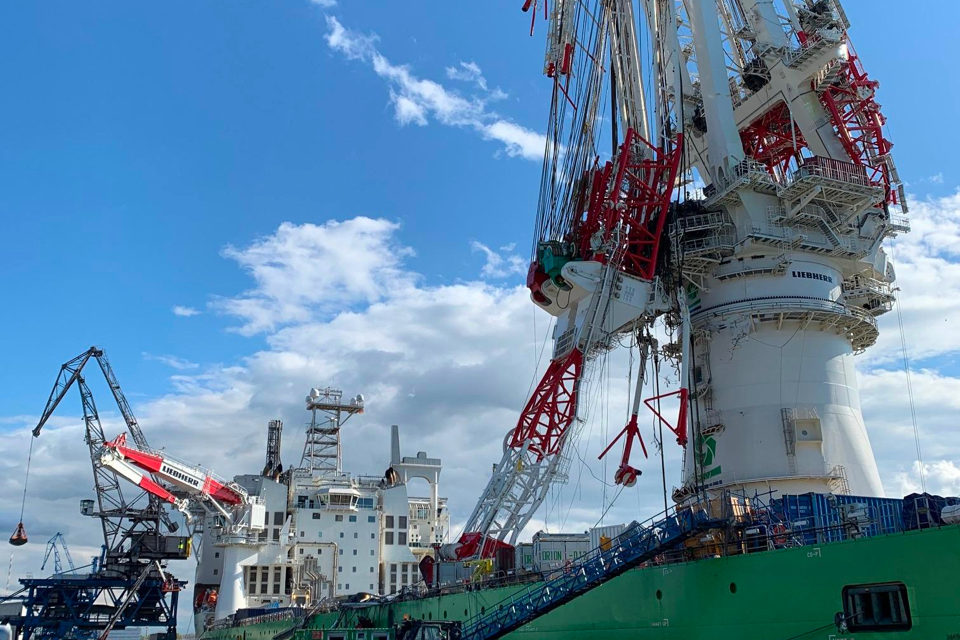 New video footage of the Orion accident has emerged on social media and it confirms that a failing hook was the cause for the accident. In the video, it is clearly visible that the hook breaks at its stem when the crane begins to lift the barge.

Both Liebherr and Ropeblock, the designer of the hook and liftings block, have already communicated this was the cause of the accident. In a statement, Ropeblock says the design was verified by the authorised notified body. Manufacturing of the hook was then purchased ‘from a certified supplier who is familiar with parts of similar and larger sizes.’ The name of the company has not been made public.

Why the hook broke remains unclear for the moment. Both companies have said that the relevant authorities and independent experts are investigating the accident.

Meanwhile, DEME is looking for a replacement vessel to takeover Orion’s first project, the installation of 103 jackets for the Moray East offshore wind farm in the UK, which is planned to start in July.