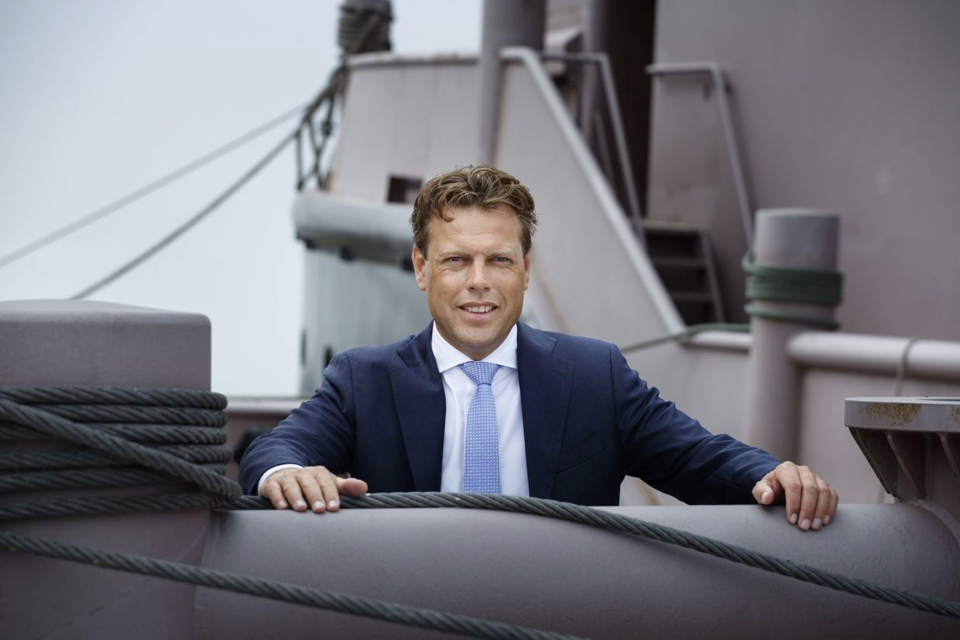 Damen Shipyards Group went deep into the red in 2019 with measures taken to change this. Whether this will become visible in 2020 depends on how the corona crisis will develop, but CEO Arnout Damen has a positive outlook now that the company returns to its roots of ‘standardisation and series construction’.

The operating result for 2019, excluding non-recurring provisions and write-downs, is generally in line with 2018: -23 million euros. Production value increased by 200 million to 2.4 billion euros and the order book increased further to a level of 3.7 billion euros on 1 January 2020; 400 million euros more than the previous year.

In a persistently difficult market, particularly in the offshore sector, Damen acquired a number of projects, the risks of which turned out to be considerably greater than previously estimated. These turned out to be over-optimistic and had unfavourable contract terms. A substantial provision was made for the completion of these legacy projects in 2019. The liquidity required for the completion of these projects was also provided for in the cash flow forecast.

As a result of write-downs and the aforementioned provision for these legacy projects, the net result for 2019 fell to -287 million euros (2018: -17 million euros). ‘With this we have drawn a line under the past and have started a new chapter this year,’ says CEO Arnout Damen, who took office on 1 January. ‘The provisions made are largely due to the particularly difficult market conditions in the offshore sector, with parts that now fall under the Mid-Sized Vessels Division. Over-optimistic cost estimates and underestimating the risks were at the root of this.’

Back to the future

Damen: ‘Despite this result, Damen remains a solid company with equity of more than half a billion euros and a solvency ratio of more than 37 per cent. That is above average for capital-intensive companies like the Damen Shipyards Group.’

At the end of last year, the course of the largest shipbuilding group in the Netherlands was recalibrated. ‘We are going ‘back to the future’: to standardisation and series construction,’ explains Damen. ‘These are not only success factors that have led to major growth in the past, but also essential conditions for meeting the megatrends of our time: digitisation and sustainability. In doing so, Damen Shipyards aspires to become the world’s leading “green” and “connected” shipbuilder.’

‘In the context of “operational excellence”, we also took the step towards a divisional structure last year,’ adds Damen. ‘This means that responsibilities are more clearly assigned within the organisation and work is carried out even closer to customers and suppliers. As a result, Damen now consists of six divisions: Naval, Yachting, Workboats, and Mid-Sized Vessels, supplemented by two divisions of mainly autonomously operating companies Repair & Conversion and Maritime Ventures.’

The new financial year 2020 started for Damen with a well-filled order book of 3.7 billion euros. The first quarter was rounded off with a positive ebitda. Damen: ‘We booked new orders for ferries, workboats and tugboats. We also sold a second, hybrid Amels 60 superyacht and signed the contract for the construction of the Combat Support Ship; the first order for a large ship for the Royal Netherlands Navy in ten years. This marks the start of a major fleet renewal at the Navy. In addition, Damen has been nominated for the main contractor for the construction of at least four MKS180 frigates, for the German Navy.’

As a result of the Covid-19 pandemic, a prediction of the result for this year cannot be given. It is clear that this pandemic has unpredictable consequences in human terms, as well as for the global economy. ‘We aim to respond flexibly and alertly to these challenges. But the health and well-being of our employees, suppliers, customers and their families is now of paramount importance to us. As a family business, we set great store by that,’ Damen concludes.