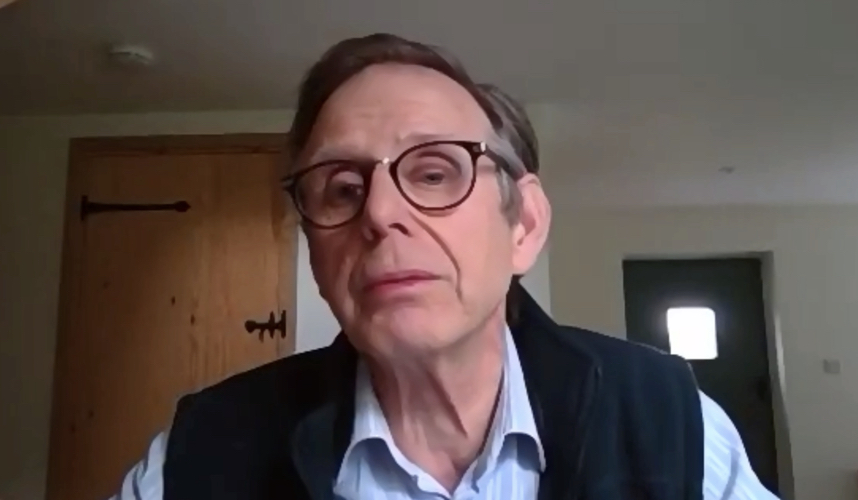 ‘Globalisation has run its course,’ says Dr Martin Stopford, Non-Executive President at Clarkson Research Services. ‘The regional economy is big enough to be self-sufficient and short sea shipping can support this.’

In a webinar hosted by Capital Link Shipping, Stopford discussed his whitepaper “Coronavirus, climate change & smart shipping | Three maritime scenarios: 2020 – 2050”. Stopford: ‘We know we cannot predict the future. But we can try to prepare for changes that are clearly “on the cards”. Not preparing can be riskier and more expensive than the “safe” option of doing nothing.’

The shipping industry now faces the corona crisis, climate change and digitalisation. Changes that will be on a ‘similar scale as the move from sail to steam,’ according to Stopford. ‘Of course the immediate issue is the virus with lockdowns all over the world backed by fiscal measures. What’s worrying me about this crisis, is that the fiscal measures are also having a big impact on world economy. In addition, what we are also looking at is behavioural change as a result of the virus.’

Another issue is that forty per cent of sea trade now concerns fossil fuels. This has implications for the future where the goal is to become less dependent on fossil fuels and make the energy transition happen.

According to Stopford it is also important to realise that trade growth was already slowing before Covid-19 hit. ‘We achieved a 27 per cent trade growth since 2008, but regional economies are maturing. We are moving into an era where globalisation is no longer the issue. We will see more short sea shipping and local manufacturing.’

At the same time, short sea is ‘brilliant to test new forms of technology’ as they do not spend as much time at sea as deepsea ships. ‘If we could substitute short sea shipping for land-based transport, you can be a winner. Technology can help with this.’

Workload will be a problem in shipbuilding

‘Shipyards will see a sharp downturn in “requirements” over the next 2 to 3 years, but new orders will probably not follow the requirements,’ Stopford adds. ‘Required deliveries are based on expansion and replacement demand (scrapping). A key issue is counter cyclical ordering for speculative social and strategic reasons. The question also is, how will prices behave?’

‘For the longer term, there is a need to rebuild the fleet due to trade growth, slower operating speeds and re-designing and re-engineering of ships for climate change and smart shipping,’ Stopford adds.

Stopford also discussed his idea of three waves of innovation that will bring new technology on ships. He starts of by saying that ‘diesel is wonderful stuff and replacing it is not going to be easy. What we will see in the first wave of technology is enhanced diesel ships, which means: optimised for slow speed, new digital technologies and fine tuning of energy saving equipment to IMO standards.’

‘These will be followed or accompanied by the second wave, with gas and hybrid electric powered vessels with low emissions, advanced digital systems and batteries. The final wave are the zero carbon ships sailing on fuel cells for example.’ An evolution of sorts, as ‘you simply cannot do everything at once.’ Yet, he is by no means certain zero carbon ships will become a reality. ‘Are they viable? We will see a lot of prototypes and testing of new technology to get there, but for now, they are still a question mark.’

At the same time, he expects major steps in digitalisation. ‘We will see deep learning shooting ahead. There is more data gathering and storage, which is now cheaper and more powerful thanks to the cloud. Marine satellites offer better band width.’ All factors that will offer new possibilities.