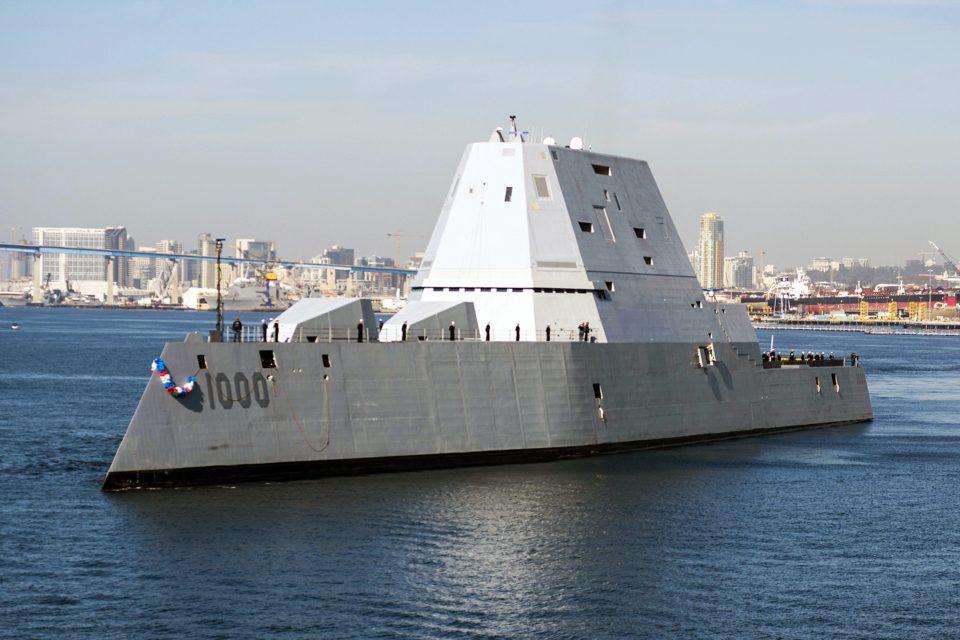 The US Navy has accepted delivery of USS Zumwalt (DDG 1000), the lead ship of the US Navy’s next-generation of multi-mission surface combatants. The ship will now transition from Combat Systems Activation to the next phase of developmental and integrated at-sea testing.

With delivery, USS Zumwalt joins the U.S. Pacific Fleet battle force and remains assigned to Surface Development Squadron One. In addition to at-sea testing of the Zumwalt combat system, DDG 1000 will also operate as a key enabler in the acceleration of new warfighting capabilities and rapid development and validation of operational tactics, techniques, and procedures.

The 185-metre, wave-piercing tumblehome ship design provides a wide array of advancements. Employing an innovative and highly survivable Integrated Power System (IPS), DDG 1000 has the capacity to distribute 1000 volts of direct current across the ships’ entirety, allowing for enhanced power capability for various operational requirements. Additionally, the shape of the superstructure and the arrangement of its antennas significantly reduce radar cross section, making the ship less visible to enemy radars.

Hull mechanical and electrical delivery from shipbuilder General Dynamics’ Bath Iron Works took place in May 2016. Raytheon Integrated Defense Systems was the prime contractor for the Zumwalt Combat System, and has lead activation and integration for Zumwalt class ships both in Bath, Maine and San Diego.

The USS Zumwalt is the first ship of the Zumwalt-class destroyers. The USS Michael Monsoor (DDG 1001) is homeported in San Diego and is undergoing combat systems activation. The third and final ship of the class, the future USS Lyndon B. Johnson (DDG 1002), is under construction at BIW’s shipyard in Bath, Maine.