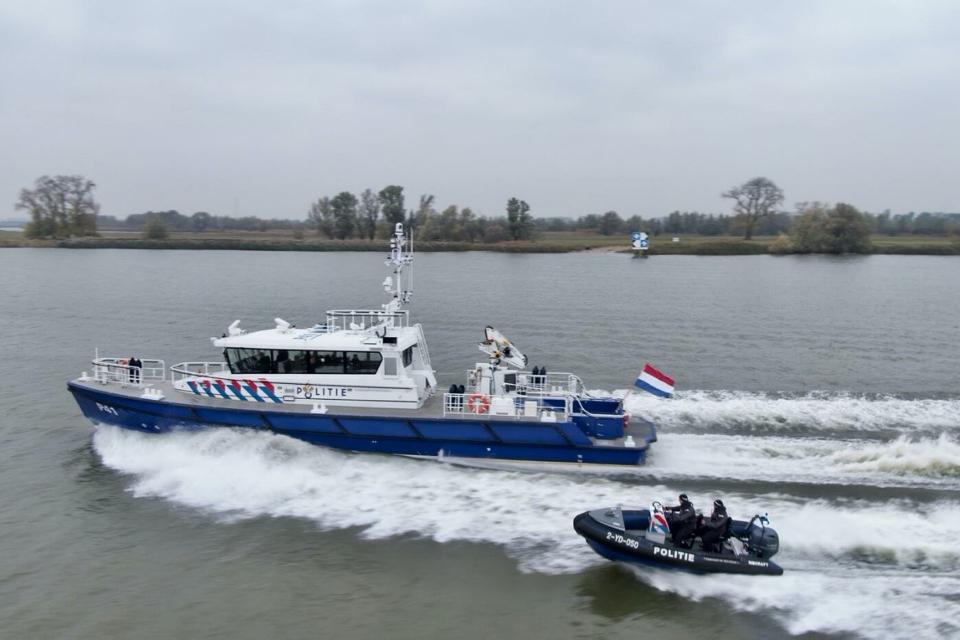 Damen Shipyards recently built and delivered two patrol vessels to the Dutch National Police. In the bid package, Damen Shipyards introduced a number of solutions to reduce emissions, including the Hull Vane. Damen has now ordered four more Hull Vanes for the rest of the series.

Damen won the contract from the Dutch police after a European tender. The first two ships in the series are a twenty-metre Stan Patrol 2005 and a 25-metre Stan Patrol 2506. Emission reducing solutions include a light-weight composite superstructure and an exhaust gas after treatment system. To reduce the fuel consumption at patrol speed (twenty kilometres per hour) and to reduce wave-making, Damen included a Hull Vane on both designs.

While the twenty-metre patrol vessels will be used predominantly on inland waters, the 25-metre will venture out in coastal waters frequently, and will therefore also benefit from the reduced ship motions in waves offered by the Hull Vane.

With the performance proven on the first two vessels in the series, Damen Shipyards has now placed an order for four more Hull Vanes, to complete the series of six vessels for the Dutch National Police. These vessels will be delivered during 2020 and 2021.

The Hull Vane is a hydrodynamic wing-shaped stern appendage, which converts energy of the stern wave and of the ship motions into forward thrust. In addition to patrol vessels, the device is very effective on superyachts, naval ships, fast supply vessels and passenger ships.

‘From the 28 Hull Vanes built so far, eight have been installed on patrol vessels and another six are on order for other patrol vessels,’ says Bruno Bouckaert, Sales Director of Hull Vane BV. ‘Making less waves means that less energy is needed to propel these vessels.’ The Hull Vane resembles a kind of spoiler located under water (by Hull Vane).