Drones to detect oil spills in Port of Antwerp 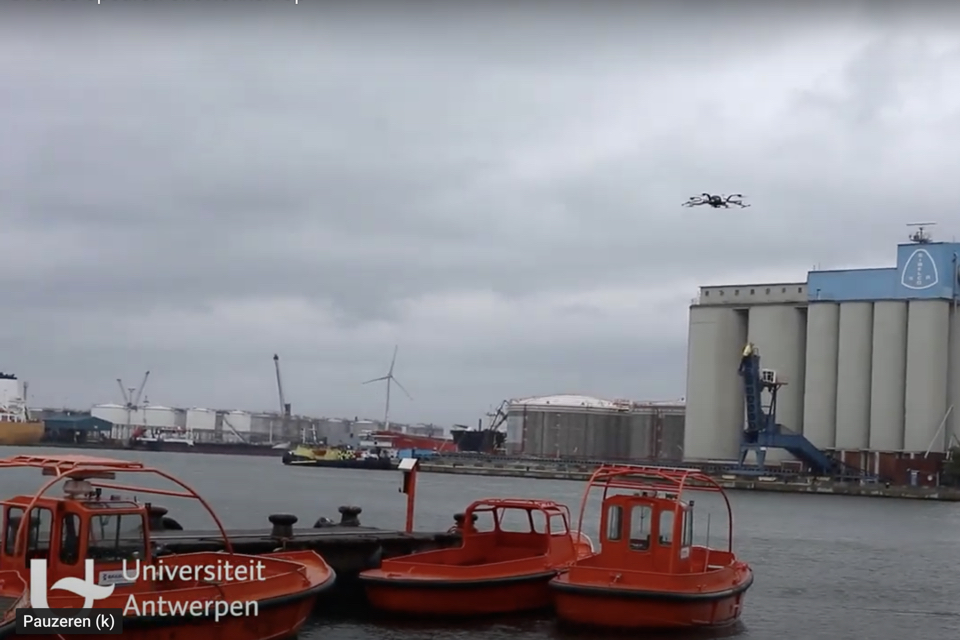 The Port of Antwerp plans to deploy drones to detect oil spills. The University of Antwerp will develop the drones that use thermal imaging to spot the spills. The drones are to be operational in 2021.

Oil pollution is a common problem in ports. A leak, an accident or an illegal discharge are usually at the root of the pollution. Port of Antwerp spends more than one million euros a year to clean up the oil sludge. Only just over half of this can be recovered from the polluters.

‘Today, mainly visible oil slicks reported during the day are being tackled,’ says Maarten Peeters, incident coordinator at Port of Antwerp. ‘So it happens that oil slicks are not spotted at night. When someone notices an oil slick and reports it to the Port Authority, an analysis is made: how big is the pollution? How can we clean it up? We’re always looking for an offender.’

Prof. Steve Vanlanduit, connected to the research group Op3Mech (Optical Metrology, 3D Design and Mechanics) of the Faculty of Applied Engineering Sciences of the University of Antwerp, was contacted to work out a solution. Vanlanduit and his colleagues have a lot of expertise in the field of artificial intelligence and machine learning.

‘By using thermal imaging cameras, we can detect oil in the water, day and night,’ explains Vanlanduit. ‘Drones map the pollution, no one has to go on site. We carried out tests in the port of Antwerp with three different oil products, which are currently used in the shipping industry. During that test phase, we received help from the people of Brabo Group, who are sent out if a case of oil pollution needs to be cleaned up, and from the company Haviq to carry out the drone flights.’

The pilot project was very successful. In just a few hours, 89 per cent of the leaked oil was detected thanks to the technology. Even small oil spills did not escape the “eye” of the drones. The technology will be further developed and tested over the coming months. The intention is to be fully operational in 2021.