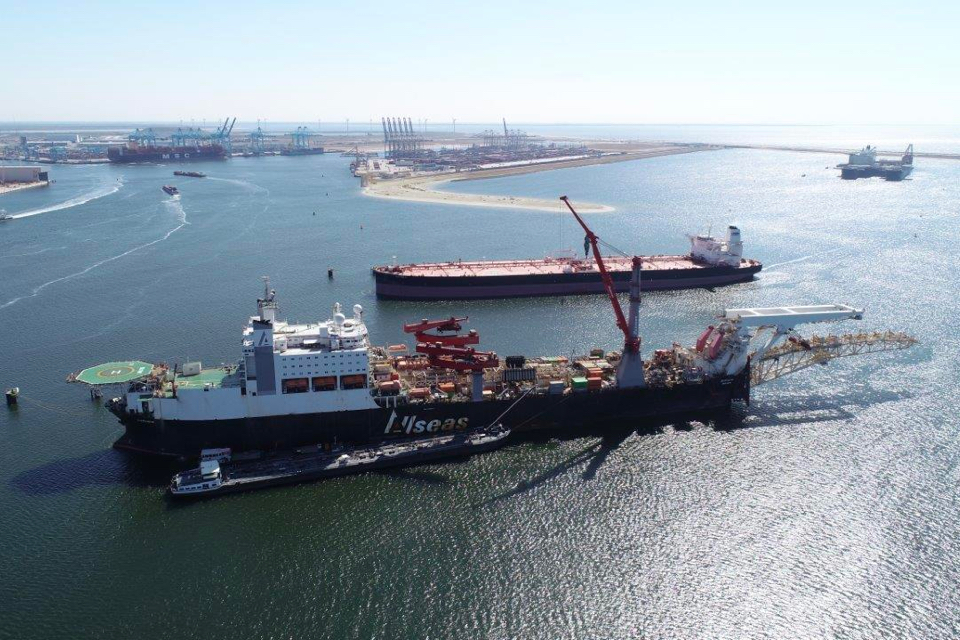 For the first time ever, the world’s two largest pipelay vessels Solitaire and Pioneering Spirit are together in Rotterdam. Both vessels are owned by Allseas. The Solitaire arrived in Rotterdam after completing work for Equinor’s Troll 3 project in the North Sea.

In the Norwegian part of the North Sea, the Solitaire together with Allseas’ offshore construction vessel Oceanic installed the export line connecting the Troll A platform with gas reserves Equinor is developing in the western part of its Troll field. The ship is now being prepared for its next task offshore Israel.

The Pioneering Spirit is of course more known as the world’s largest offshore construction vessel capable of removing entire platforms in a single lift than as a pipe-laying vessel. Yet, it was also built to install record-weight pipelines in all water depths, with an S-lay tension capacity of 2000 tonnes. With this, it surpasses the Solitaire as the world’s largest pipelay vessel.

The Pioneering Spirit has several large jobs planned in the North Sea, such as the removal of the 16,000-tonne Brent Alpha topsides and the removal, load-in and disposal of the 12,500-tonne topsides and partial (7000 tonnes) eight-legged steel jacket of the Ninian Northern platform. Both are located in the UK section of the North Sea. The latter will be the first project utilising the vessel’s revolutionary new jacket lift system (JLS), which is expected to become operational in the first half of 2021.

Between 2021-2026, the Pioneering Spirit will return to the Valhall area in the Norwegian North Sea to remove three complete platforms and two jackets.

Picture: The Solitaire with the Pioneering Spirit in the background in Rotterdam (by Allseas).