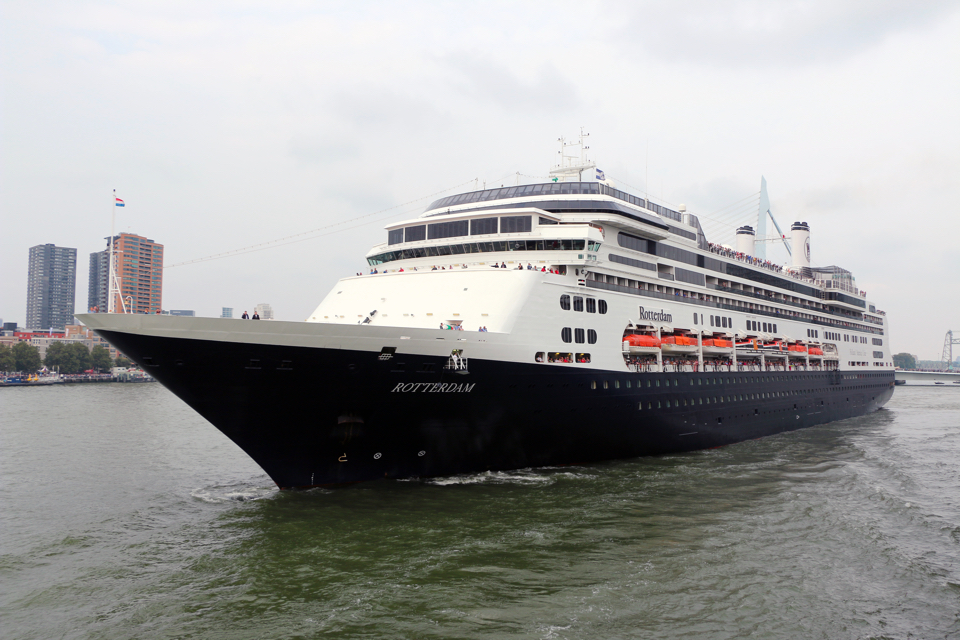 At least five passengers are still stuck on Holland America Line’s cruise ship Rotterdam. Together with sister ship Zaandam, it was not allowed to berth anywhere for a long time because of the coronavirus. At the beginning of April, most passengers disembarked in Florida.

The Rotterdam is now in the Caribbean, but has become a ‘ghost ship’, says one of the remaining passengers. The 74-year-old Claudia Osiani from Argentina is stuck on the vessel, because she is not allowed to return to her homeland because of the strict measures, says shipping company Holland America Line. There are also two other Argentines and a Uruguayan on board.

The corona virus broke out on board cruise ship Zaandam during a cruise in South America. Many became sick and four people died. The Rotterdam was sent to the Zaandam to assist near Panama and took over hundreds of people that did not suffer from any symptoms.

When, after much urging, both ships were allowed to dock at Fort Lauderdale in Florida on 2 April, hundreds of people disembarked and flew home. ‘But we didn’t,’ says Osiani, who has it on paper that she doesn’t have the coronavirus.

With about fifty employees, she stayed behind on board the Rotterdam. In the meantime she has been given a luxury suite. She has also been taken to a nearby airport twice in the hopes that she could fly to Argentina, but in vain. ‘It is a big mystery what will happen to us,’ says Osiani.

Holland America Line indicates that they are looking for a new way to get the remaining guests home.