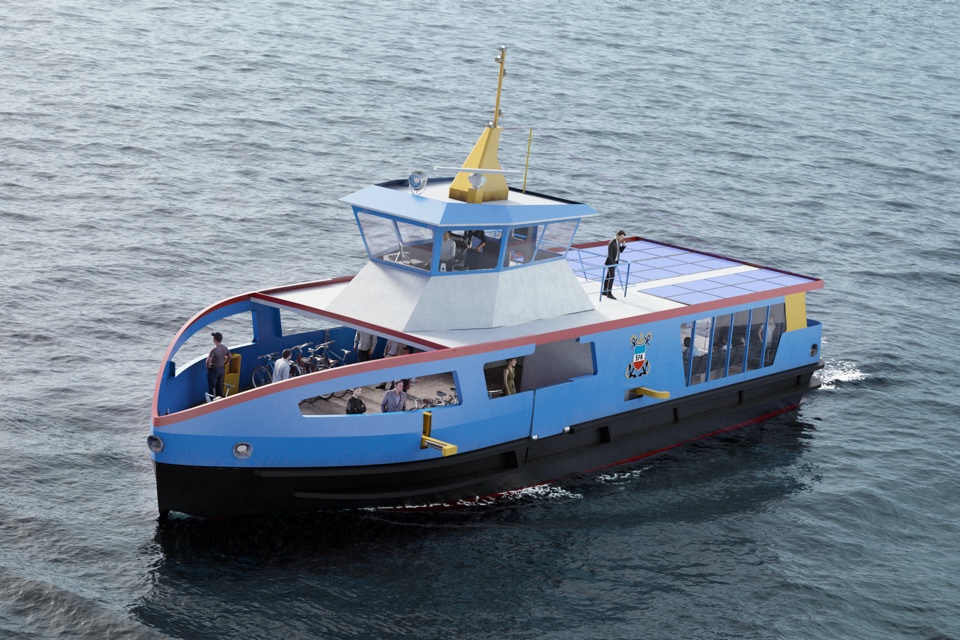 While constructing the first hybrid ferry for Schlepp- und Fährgesellschaft Kiel, the keel has been laid for a second fully electric ferry. The vessel will be entirely powered by battery power and is to de delivered by the end of this year.

Opting to build this second ferry at Holland Shipyards Group is in line with the ambition of the city of Kiel to ensure consistency in their fleet, and also fits perfectly within its goals to provide zero-emission public transport in the area of Kiel. The keel laying took place on Wednesday 1 April at Holland Shipyards Group’s yard in Hardinxveld-Giessendam, the Netherlands.

The fully-electric ferry, 24.70 metres long and 6.50 metres wide, is completely emission-free and entirely powered by battery power. Besides the battery pack, the vessel also has twenty solar panels on the roof to supply the onboard power network.

A noteworthy system on board the ferry is the non-conventional automated mooring system which features mooring hooks on both sides of the ship. The mooring system, which is one-man operated, is easily controlled from the wheelhouse. While mooring, the engine is not in use, resulting in a reduction in energy consumption.

The vessel will operate within the area of Kiel, between Reventlou and Wellingdorf and has a capacity of 140 pedestrians and sixty bicycles. It is expected to enter into service at the end of 2020. The project is supported by the state department of traffic and digital infrastructure of the German government as part of the clean-air-programme.