‘Clean sailing in inland navigation is not yet recouped’ 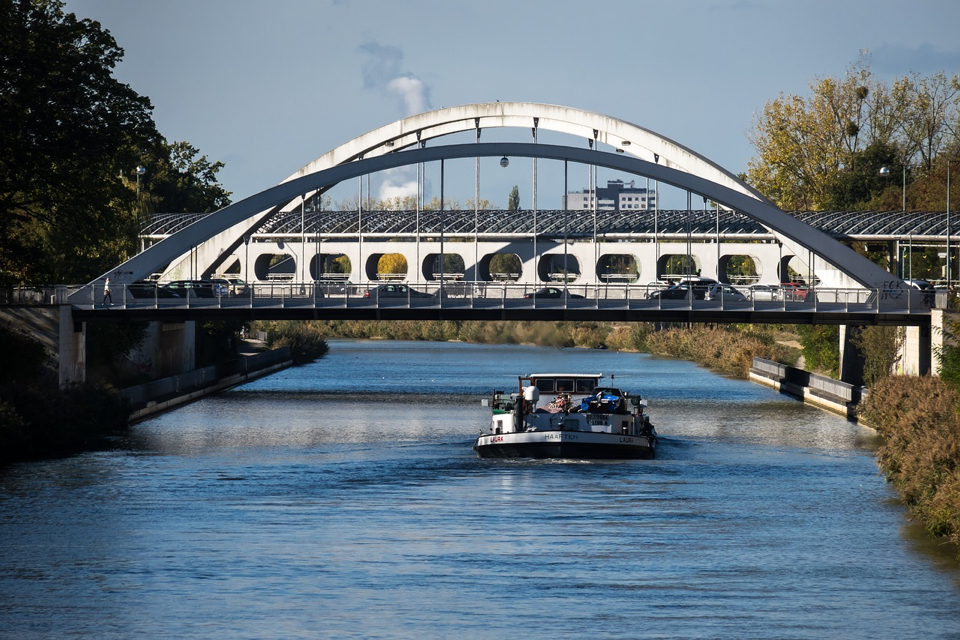 ‘Despite the current crisis, the inland navigation market will see growth,’ says President of Dutch trade organisation BLN-Schuttevaer Dominic Schrijer. And this growth will have to be “green”, ‘but the investments needed for this cannot yet be reclaimed from clients,’ he adds.

On 25 March, Dutch inland navigation newspaper Schuttevaer planned the Ships Engines Event (of which SWZ|Maritime is a media partner). Yet, this had to be postponed to 10 June due to the corona measures taken by the Dutch Government. That is why a webinar was organised on the original date, led by Editor-in-Chief Dirk van der Meulen. Guests at the webinar next to Schrijer, were Khalid Tachi, Director of the EICB (Expertise and Innovation Centre Inland navigation), Michel Voorwinde, Director of the VIV (maritime trade organisation focused on marine engine suppliers), and Peter Snijders, Director of engine manufacturer Koedood.

Of course the current corona crisis has a huge impact on inland navigation. ‘On the one hand, we get a lot of questions about business operations, crew arrangements, inspections and surveys that cannot happen now and such,’ says Schrijer. Will we be able to continue sailing in Europe?’ Schrijer indicates everything possible is being done to make sure transport does not come to a standstill.

‘On the other hand, the economic impact is severe. This is different for different parts of the sector. Cruises and passenger transport has all but come to a standstill, but container shipping and dry bulk also experience a big dip,’ says Schrijer. ‘We estimate this amounts to about forty to fifty per cent in turnover on average every month. Or 120 million euros a month.’

Of course, the organisation is in talks with the Government and banks to find a solution and measures have been announced, but it is clear hard times lie ahead. Still, he expects inland navigation to grow, as the roads get ever more congested and transport by water is much more environmentally friendly than most other forms of transport.

To allow inland navigation to grow, Schrijer refers to the four Ms:

The main ambition of the Green Deal is to become climate neutral and zero emission by 2050. To achieve this, by 2030, CO2 emissions should be forty to fifty per cent lower than in 2015. In 2035, emissions of pollutants by inland navigation should be reduced to 30-35 per cent when compared to 2015.

‘We did not want to have the government impose maximum emissions and requirements per ship,’ says Schrijer. ‘We want to work towards these targets as a sector. It has to be both technologically feasible and affordable. The first requires research and thus money. For now, 5 million euros have been made available. This is not enough, but it is a start. Being affordable, is important because the costs for a clean engine or aftertreatment system cannot be reclaimed from the clients. Clean sailing cannot yet be recouped.’

Schrijer: ‘That is why we are working on a sustainability fund, first in the Netherlands, then in Europe to make it affordable for the entrepreneur. This is reflected in the Green Deal.’

According to both Tachi and Voorwinde, the low-hanging fruits available to lower emissions in inland navigation on the short term are alternative fuels. Tachi sees GTL (gas-to-liquid), bio-fuels and blending as very promising, although there are challenges. Tachi: ‘How reliable are bio-fuels? To what percentages can you blend in alternative fuels without causing problems? To determine this, more research is needed.’

Voorwinde: ‘Experiments with bio-fuels have also indicated some problems, such as formation of algae. I would like to advocate HVO (Hydrotreated Vegetable Oil) as it is a renewable and clean fuel made from bio-mass. With this fuel, you can achieve significant CO2 savings.’

Electrification may not be the answer to everything

The government is very much in favour of electrification, sometimes combined with hydrogen,’ says Voorwinde. ‘But not everything can be electrified and hydrogen is not a solution for everything. We are taking steps with renewable methanol. That needs to be investigated further. It’s promising, though, and we would like to discuss these steps with the government. And we need funding for that.’

‘We are in the middle of preparing for Euro Stage V. This is a long road. Right now, there are two manufacturers that have certified a marine engine for Stage V: ABC and Sandfirden. Other parties are working on it, but they cannot offer a Stage V solution now. It will be a challenge to get there in time, for newbuilds in particular,’ says Voorwinde.

Koedood has also entered the certification process to certify an engine according to Stage V. Snijders: ‘This is a challenge; the benevolence is great, but progress is still limited. We almost have a green light though.’

Aftertreatment is always a good choice

‘When we move towards Stage V, aftertreatment and retrofit needs to be equal to new engines complying with the highest emissions requirements,’ adds Schrijer. ‘We do not want everyone to be forced to build in a new engine, because it is not available yet and/or much more expensive. This is also laid down in the Green Deal.’

Snijders adds: ‘We make a mould for Stage V and we hope to be able to apply it to existing engines without having to replace them. Aftertreatment is always a good choice as it achieves an eighty to 85 per cent emissions reduction.’

These and other topics will be discussed at the Marine Engines Event on 10 June at the Duurzaamheidsfabriek in Dordrecht, the Netherlands. Watch the whole webinar (in Dutch) below.