Crew saved but ship lost after it starts listing 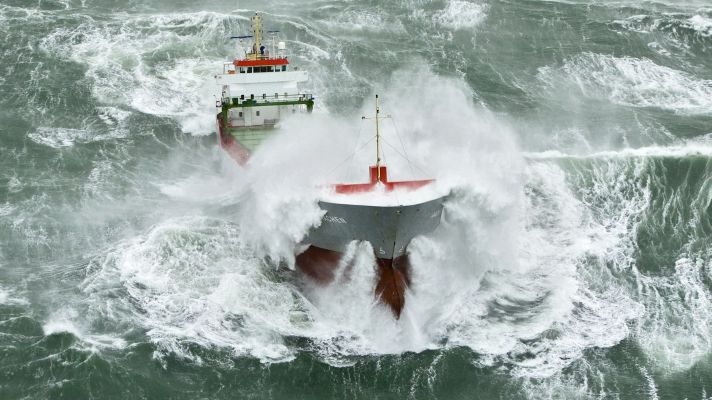 When coming on board a vessel, make sure you know the state it is in. In addition, always be prepared for heavy weather. In a recent Mars Report, a ship started listing without the crew acting on it and finally resulting in its sinking.

The Mars reports are compiled (anonymously) by The Nautical Institute to prevent other accidents from happening. A summary of the incident:

A ship with new management and a new crew sailed in ballast. The new crew reportedly did not verify the status of the ballast tanks, which were about eighty per cent full.

In the next port 116 stuffed twenty-foot-equivalent containers were loaded in the holds and on deck. The crew made no changes to the ballast configuration. Fresh water was taken on in the next port before departing for the final destination.

Shortly after leaving port, the ship encountered strong winds and waves. Rolling heavily, the ship developed a list of about 25 degrees to starboard. After about an hour, the list increased to 30 degrees.

Without attempting to establish the cause of the list, the master issued a mayday and ordered the crew to abandon ship into a liferaft. All twelve crew were later recovered by helicopter. By that time, the ship was listing about 45 degrees but all deck containers were still in place.

Six days later a search found the ship still afloat and listing between 15 and 30 degrees to starboard. All of the deck containers were now missing, but the hatch covers were in place and appeared intact. By the time a salvage tug arrived about four days later, the ship had sunk.

The cause of the list and subsequent sinking was not conclusively identified. The investigation found that the crew were not fully aware of the severity of the forecast weather conditions and consequently did not take precautions for heavy weather. The vessel’s course was beam-on to a heavy sea and swell, resulting in heavy rolling for a sustained period.

In the absence of any other obvious factors, the reason the ship developed a heavy list was probably related to a change in stability resulting from an ingress of water, and/or an uninitiated change in the status of the ballast tanks.

This accident was covered in the Mars Reports, originally published as Mars 202006, that are part of Report Number 327. A selection of this Report has also been published in SWZ|Maritime’s February issue. The Nautical Institute compiles these reports to help prevent maritime accidents. That is why they are also published on SWZ|Maritime’s website.