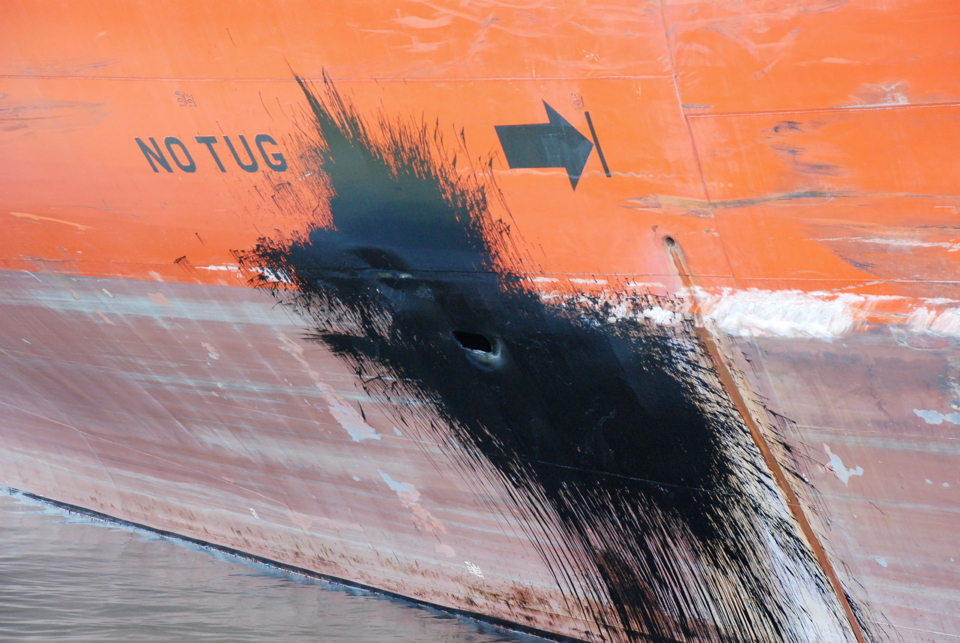 The port of Rotterdam was insufficiently prepared for a calamity, as happened almost two years ago with the Bow Jubail. More than two hundred tonnes of fuel oil ended up in the water.

The Dutch Safety Board states this in its report on the oil spill in the port on Thursday 23 June 2018. On that day, the chemical tanker from Odfjell collided with a jetty in the Botlek. A fuel tank, which was in the double hull of the ship, was pierced. The outflow of the fuel oil proved unstoppable until the liquid level in the tank had dropped to the bottom of the hole in the hull. According to the investigation report, a communication failure was the cause of the accident. The captain gave the wrong order, causing the ship to go in the wrong direction. The other members of the bridge team, the pilot, and two helmsmen, realised this too late.

According to the Board, two things went wrong in the preparations. The port manager had not taken into account that such a leakage could occur, nor that the heavy fuel oil would mix with port water and could subsequently end up in deeper water layers. As a result, the oil screens applied in haste were not sufficient and the oil mixture could flow underneath.

Because there was an ebb current at that time, the oil spread at a rapid pace and a large part of the downstream part of the port became seriously polluted. Hundreds of birds became contaminated and kilometres of shoring had to be replaced. The Port Authority recently reported that the calamity caused some twelve million euros in damage.

However, the Safety Board believes that crisis management got underway quickly, within minutes, and that the Port of Rotterdam Authority, Rijkswaterstaat and the Rotterdam-Rijnmond Safety Region worked hard to manage the consequences of the oil spill. But the Board also notes that ‘the oil literally went out of sight’ because essential information was missing. As a result, the oil spill fighters had no idea how quickly the black sludge was spreading.

The Dutch Safety Board believes that the port should pay more attention to the presence of single-hulled fuel tanks in ships to be moored when choosing their berth. Rotterdam could also take the lead in setting extra safety requirements for single-hulled fuel tanks and the Netherlands should put accelerating the phasing out of these ships on the international agenda. By the way, the Bow Jubail is a double-hulled ship, but some fuel tanks are located inside that double hull.

Picture (top) by Dutch Safety Board.

This article first appeared (in Dutch) on Nieuwsblad Transport, a sister publication of SWZ|Maritime.