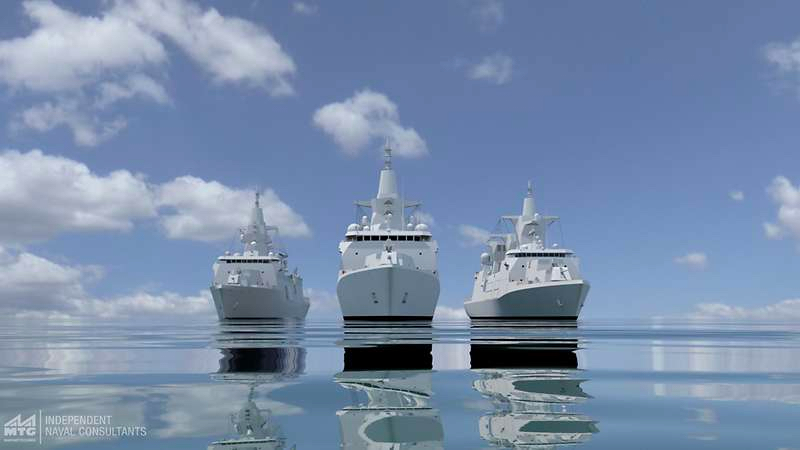 Dutch shipbuilder Damen Shipyards has won a 5.27-billion euro order from the German navy to build four frigates. The contract for the construction of the naval vessel MKS 180 is the largest purchase of the German Navy to date.

The naval vessel MKS 180 will be built at Blohm + Voss in Hamburg under the command of Damen Shipyards. These companies won the tender procedure, which for the first time was an international tender. They were preferred to German Naval Yards together with Thyssenkrupp, announced State Secretary Peter Tauber of Defence. The tender has yet to be reviewed by the court and approved by the Bundestag.

The ships will be built at Blohm + Voss shipyard in Hamburg and at other shipyard locations of the North German Lürssen Group. Damen intends to build in this way in order to spend around eighty per cent of the total net investment as added value in Germany. The same applies to the electronic application systems that are supplied by Thales Nederland to its own design. Around seventy per cent of the services will be provided by the German subsidiary of Thales and by other German subcontractors.

The ships will be approximately 155 metres long (displacement 9000 tonnes) and can be used for various purposes. They must be able to stay in an area on mission for two years. To be able to conduct multiple tasks, the MehrzweckKampfSchiff (MKS) 180 is equipped with different modules for each purpose. One module for anti-piracy missions and one for submarine fighting and more could follow. Of course, its air defense is not modular. Because many systems on board will be automated, the permanent crew will consist of only 110 crew members.