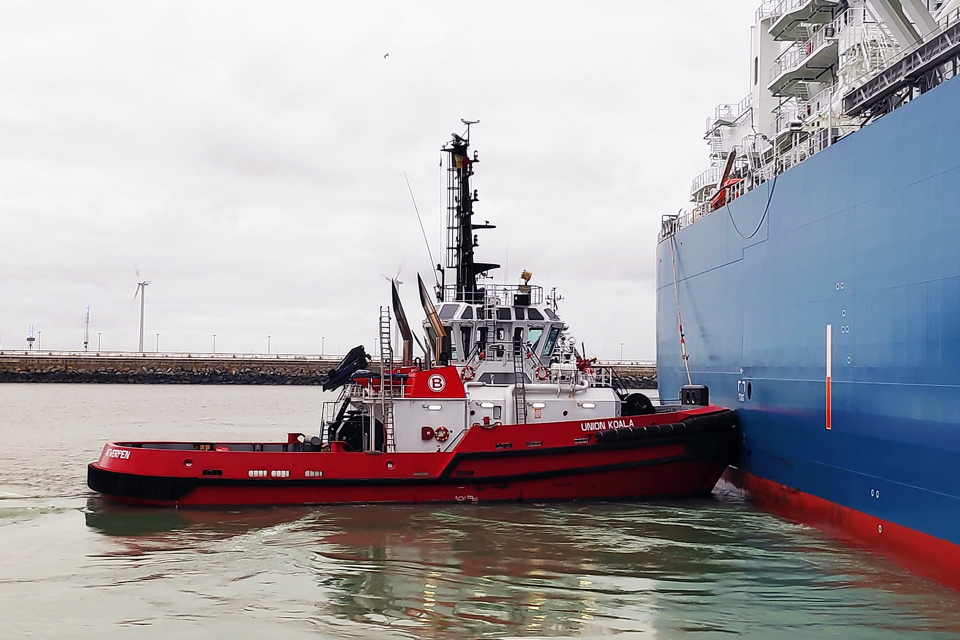 Boluda Towage Europe’s tugboat Union Koala has officially been certified for compliance with the IMO Tier III standards. It is the first towage company in Europe to convert an existing tugboat in such a way.

The company embarked on this project together with supplier Anglo Belgian Corporation with the aim of reducing shipping emissions and addressing local port authorities’ demand for cleaner operations in the port area. The converted tug returned to service during a ceremony at the ABC Tower in Zeebrugge, Belgium, on 10 January.

To ensure that the vessel complies with the IMO Tier III standard, the ABC engine’s exhaust fumes are subjected to a special after-treatment known as Selective Catalytic Reduction (SCR).

Gert Van Den Steene, Manager Aftersales Department of Anglo Belgian Corporation: ‘The project posed quite a challenge – in that we needed to set up and install a complete SCR system on board an existing tug with a complex engine room, while retaining the tug’s operational and practical functions.’

The decision to select Union Koala was based on the available space in the tugboat’s engine room for installing the SCR system. In addition, Union Koala is still in service in Zeebrugge’s port area: the Zeebrugge port authorities attach strong importance to sustainability and promote reducing vessels’ environmental footprint.

In addition to this conversion, Boluda’s operational fleet also includes five hybrid tugboats: RT Adriaan, RT Evolution, RT Emotion, Adventure and Experience. The company will be exploring further opportunities to increase sustainability in the near future.