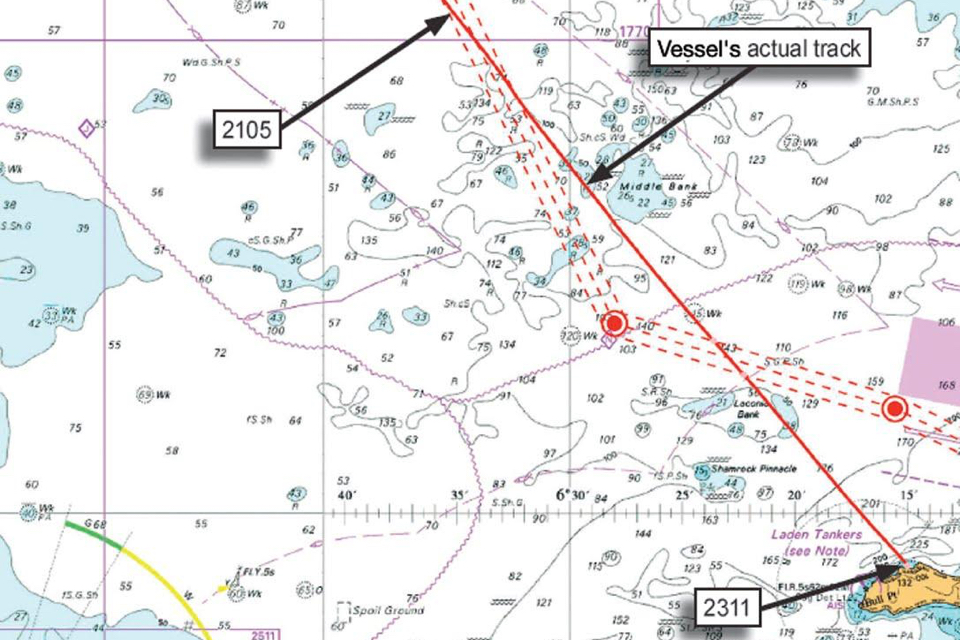 If a crew member smells alcohol on the breath of a relieving officer, the watch should not be handed over. Many crew members are afraid to voice their concerns, however, especially when a higher ranking officer is concerned. A recent Mars Report describes a grounding as a result of the master consuming alcohol while on watch.

All the more reason to include protection for the whistleblower in the shipping company’s alcohol policy, says The Nautical Institute in response to the incident described. A summary of what happened:

In the early evening, the master arrived on the bridge to relieve the chief mate to allow him to go below for a meal break. Before arriving on the bridge, the master had been consuming alcohol in his cabin.

The chief officer smelled alcohol on the master’s breath but, following discussion with the master, was satisfied that the master was fit for watchkeeping duties.

The vessel’s watchkeeping schedule required a crew member, in addition to the officer in charge of the navigational watch, to act as lookout on the bridge between 22.00 and 06.00. However, this instruction was not always complied with, and the master had previously left the bridge unattended.

A bridge navigational watch alarm system (BNWAS), which was configured to sound in both the master’s and chief officer’s cabins, was routinely switched off.