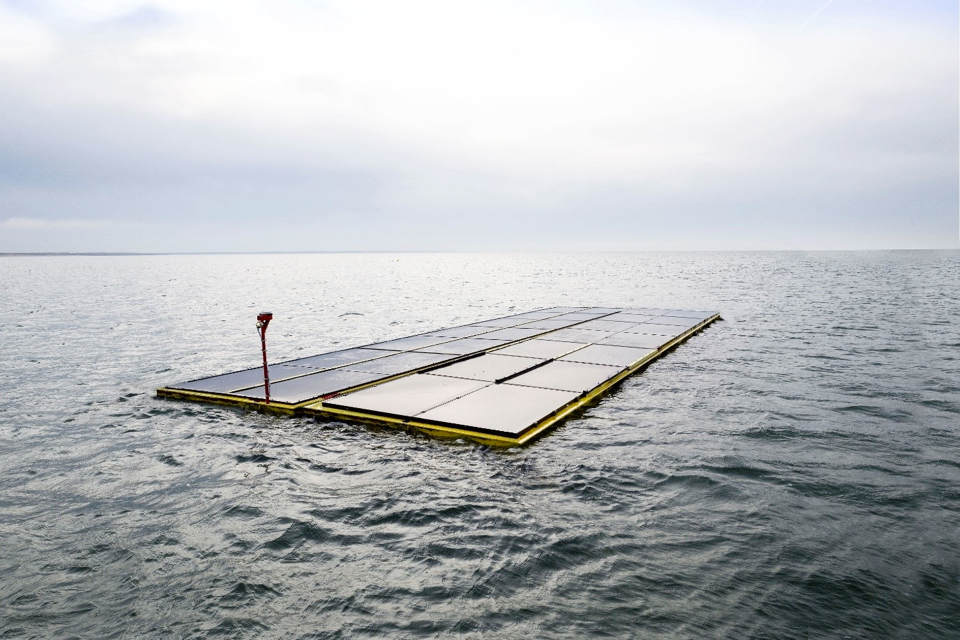 Oceans of Energy, a consortium of six Dutch companies, has installed the first modules of the world’s first offshore floating solar farm in the Dutch North Sea, fifteen kilometres off the coast of Scheveningen. The system has been generating energy since November and has survived the first winter storms.

According to the consortium, moving solar energy installations to sea, relieves spatial pressures on land. In addition, offshore solar farms will in most cases not be visible from the shore. Oceans of Energy says offshore solar can supply half of the Dutch total energy demand while using less than five per cent of the Dutch North Sea.

The five per cent of sea space can be found within existing and planned offshore wind farms. Using this space has extra advantages. Sun and wind together offer a more stable and continuous power supply when the winters have more wind and the summers more sun. Further synergies arise through the collective use of components such as the grid connection to land, maintenance and installation works. Offshore solar is expected to reach the same cost level as offshore wind.

Offshore solar presents opportunities for the fishing industry, as the floating platforms act as protective habitat for juvenile fish. The platforms can also facilitate the growth of mussels and seaweed at sea. The consortium actively collaborates with the aquaculture industry for such research projects.

The systems that are currently deployed in the North Sea are subject to extensive monitoring. The effect of shading on primary production is negligible, as the tides refresh the water below the platforms continuously. With respect to organisms living on the sea floor, there is no effect on them, as sunlight never penetrates to the bottom of the muddy waters of the North Sea.

‘The first step has been made, the floating platforms are floating in the North Sea and have already survived several heavy storms. Our next aim is to expand to one megawatt (MW), the modular system is designed such that we can grow the installations towards 100 MW and more,’ says van Hoeken. ‘By having the first offshore solar system operational in one of the roughest seas in the world, we expect to create a large positive impact worldwide. Currently, we are progressing towards the next phase, the upscaling phase. We are now raising the investments required.’

The system now installed delivers 8.5 kilowatts (kW), and this will be expanded in the coming months towards a 50-kW pilot that will be operational during a testing period of a year. Partners in the project include research organisations TNO and Marin, One-Dyas, and Oceans of Energy.