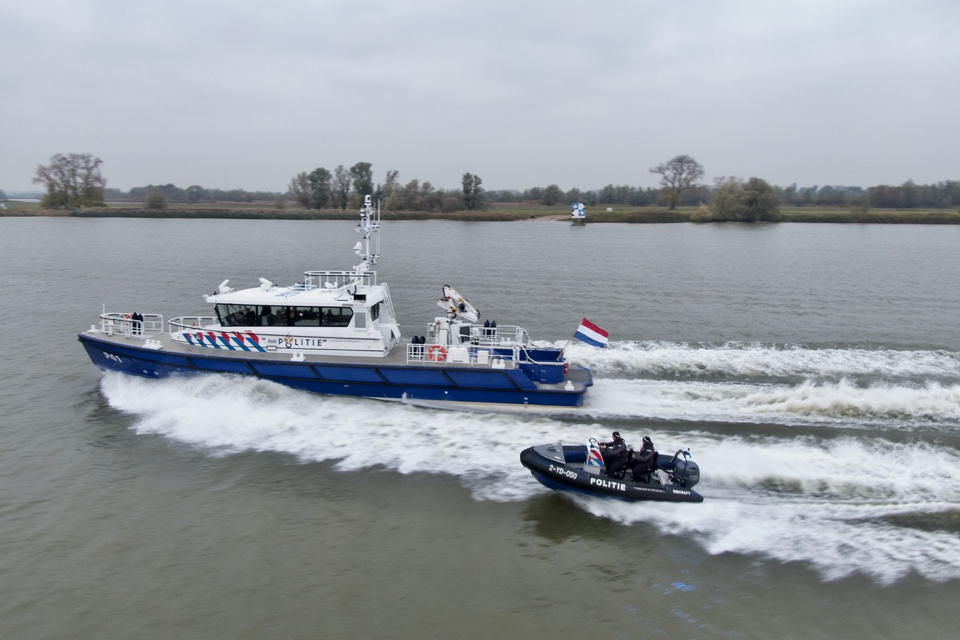 The Dutch National Police has taken delivery of the first of six new patrol ships to be built by Damen Shipyards. The next generation Stan Patrols feature among other things a Hull Vane and exhaust gas after-treatment.

Damen won the contract for three Stan Patrols 2005 for inland waterways and three sea-going Stan Patrols 2506 following a European tender. The first vessel, an SPa 2506, will be called P41 and was christened on 29 November at Damen Shipyards Gorinchem. So far, Damen has delivered thirty Stan Patrols of various sizes to the Dutch police. The six new ships will serve as a replacement for part of the current fleet.

Damen has made numerous improvements to its newest generation of Stan Patrol vessels. This includes the addition of a Hull Vane, a stern-located underwater wing that reduces the resistance in the water and thus considerably reduces fuel consumption. The latest generation of SPa 2506 vessels features a slipway for launching rigid hull inflatable boats (RHIBs) in a safer, faster manner than with the traditional davit and crane method.

The vessels are also equipped with an exhaust gas after-treatment system that meets the latest requirements.

The SPa 2506 is made from aluminium with a composite superstructure, ensuring lightweight, environmentally sustainable high performance. All of the vessels in the order will be outfitted with night vision technology to enable patrol operations around the clock.