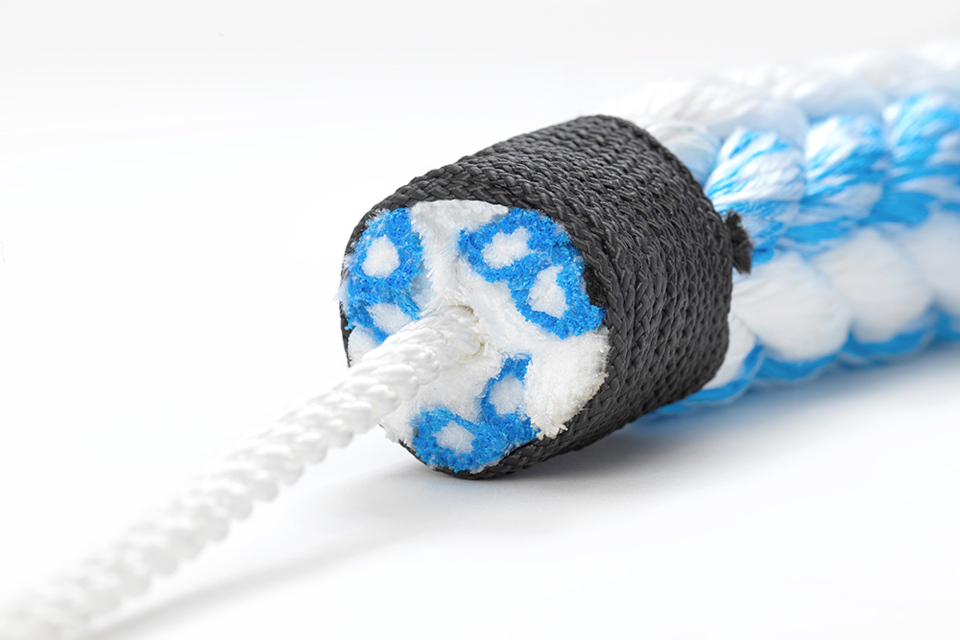 Vessel mooring remains an incredibly high-risk task. As it has proved impossible to accurately calculate or predict just how fibre ropes will behave when they fail and snap, Wilhelmsen Ships Service has instead developed a solution that dramatically reduces a rope’s recoil, or snap-back potential.
Despite designating hazardous snap-back zones on mooring decks and the drawing up of detailed line management and mooring plans, serious accidents continue to happen. According to Wilhelmsen, sixty per cent of mooring accidents are caused by ropes/wires parting, with one in seven of these resulting in death, according to Wilhelmsen. When a mooring line breaks, it can move at a speed of more than 800 kilometres per hour.

The Snap Back Arrestor (SBA) is an energy absorbing core, which sits within the company’s Timm Master twelve-strand plaited, mixed polymer rope. With the appearance of a rope, held within the heart of a twelve-strand mooring line, if the outer, load-bearing construction breaks, the SBA absorbs the snap-back forces, transforming them from a potentially deadly snap, to a much safer, slump.

‘Using the same material composition as our best-selling premium Timm Master 8 rope, Timm Master 12 SBA is buoyant, light, reliable, features anti-twist colours and offers one of the best strength-to-weigh ratios on the market,’ says Veronika Aspelund, Business Manager, Ropes, Wilhelmsen Ships Service. ‘These are all of course great selling points, but the safety element hidden within its core is truly unique and could quite literally be a life-saver.’

It took almost seven years to develop the rope. 25 different variants of the system were put through their paces in more than 120 different tests. Finally identifying a viable alternative in early 2016, DNV GL verified Wilhelmsen’s SBA solution in May 2016. Since then the Timm Master 12 SBA has been exhaustively tested, passing both TCLL (Thousand Cycle Load Limit) testing and OCIMF (Oil Company’s International Marine Forum) MEG4 tests, in both dry and wet conditions.

Watch a video of a live test below.