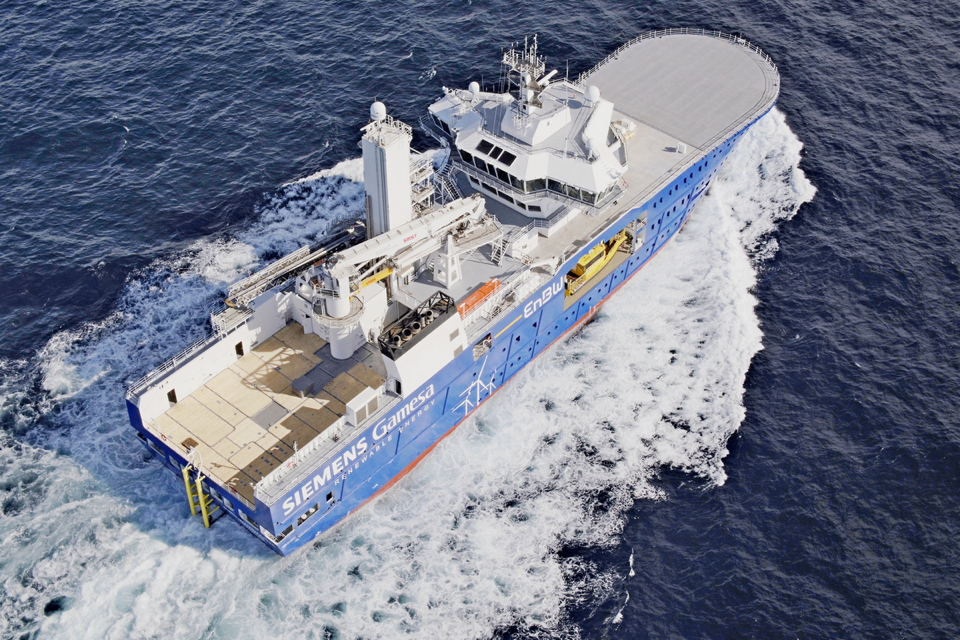 The second of Damen’s Accommodation Support Vessels (ASV) 9020 has been handed over to Bibby Marine Services at Damen Shipyards Galati in Romania. Once the Bibby WaveMaster Horizon arrives in the North Sea, it will begin maintenance work on two German offshore wind farms.

The build of the vessel began in 2014 alongside that of its sistership, the Bibby WaveMaster 1, in anticipation of future demand. When Bibby Marine Services and Siemens Gamesa confirmed their maintenance contract for the two EnBW and Enbridge-owned windfarms – Hohe See and Albatros – in the German part of the North Sea at the end of 2017, Damen continued construction.

The keel of the Bibby Wavemaster Horizon (construction number 553021, imo 9856957) was eventually laid on 13 April 2018. The launch in Galati followed on 29 March. Delivery was originally planned for August, but has now become October.

The 90-metre ASV 9020 combines walk-to-work capabilities with an innovative interior and comprehensive features that together ensure maximum efficiency in accommodating and deploying multiple maintenance teams. DP2 and an innovative hull ensure a wide window of operability and excellent seakeeping.

The accommodation can be flexibly arranged for 45 technicians in single cabins equipped with internet, telephone and satellite TV, and can be expanded if necessary with another thirty beds. The crew consists of fifteen seafarers.

Particulars of the ASV 9020

The Bibby WaveMaster Horizon is equipped with a motion compensated knuckleboom crane with a lifting capacity of up to 5 tonnes and 2 tonnes at 27.5 metres. The helicopter deck is located on the forward deck for helicopters with a take-off weight of up to 12 tonnes.