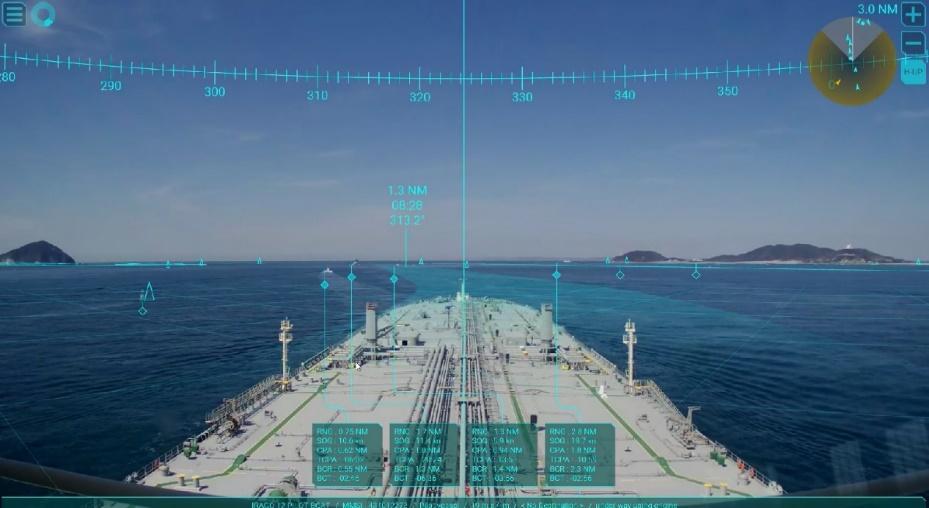 The AR Navigation System can display combined real-time video images and vehicle course information from nautical instruments, such as the Automatic Identification System (AIS) and radar (TT), on a display in the bridge even in congested sea lanes. It allows mariners, at a glance, to ensure that they are on a safe course and alerts them to nearby vessels that could pose a risk, shallow sea areas, and other potential hazards.

MOL and Furuno are now working on upgrading the system further, with the goal of ensuring that the AR Navigation System will contribute to marine traffic safety through “the eyes of the captains and officers” who actually use the system onboard. The system will become suitable for all sea routes around the world.