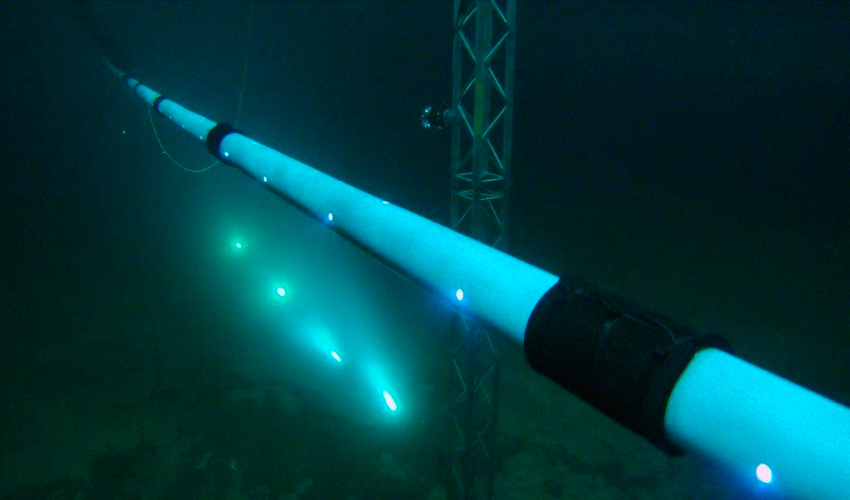 Maritime Research Institute Netherlands (Marin) has carried out the first demonstration tests for a transatlantic underwater hyperloop. Although various parties around the world are working on the development of the hyperloop, no one has ever investigated the underwater version before.

With a scale model of 140 metres, the equivalent of fifteen kilometres of real tube, Marin tested how the hyperloop reacts to wave movements at a depth of fifty, 100 and 200 metres. This test is important to determine whether any movements of the hyperloop during further development allow the “pods” to travel through the tube safely and at sufficient speed.

Crossing the Atlantic would require a hypercurrent that could cover 5500 kilometres. Marin assumes a speed of 1000 kilometres per hour.

Linda Kemp, project manager at Marin: ‘A scale model of 140 metres is at least necessary to record how such an immense “hair” under water actually reacts to waves. Only at Marin can we test such a model – at sufficient depth and with realistic waves – in our 170-metre-long seagoing and manoeuvring basin.’

William Otto, Marin project manager: ‘Sustainable use of the sea is an important mission of Marin. We wanted to investigate whether a transatlantic underwater hyperopsy could be a sustainable alternative to the 2500 planes that cross the ocean every day.’

Stefan Immerzeel, Mechanical Engineer of the Hardt Hyperloop: ‘In the hyperloop, we transport pods that are around thirty metres in length and house about sixty people. So compared to a high-speed rail that would be very small, but we do that to increase our frequency.’

Marin is now analysing the results of the various tests. As soon as these are known, the research institute hopes to form a consortium with other parties to further develop the transatlantic underwater hyperloop.