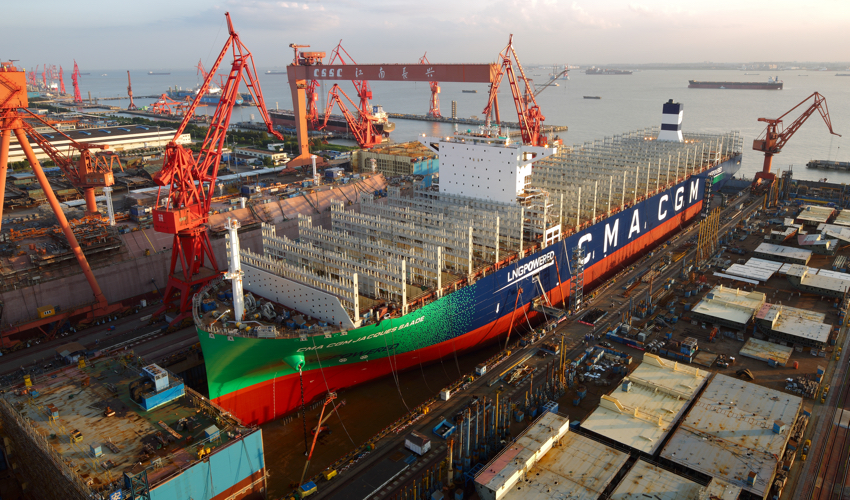 Shanghai Jiangnan-Changxing Shipyard has launched the world’s largest container ship (23,000 TEUs) powered by liquefied natural gas (LNG). It is the first in a new fleet of nine vessels for shipping company CMA CGM. A time-lapse shows the ship being built.

The vessels are 400 metres long and 61 metres wide and will join the CMA CGM fleet in 2020 on the French Asia Line (Asia-Northern Europe). The vessels will sail under the French flag.

The first vessel in this new class of 23,000-TEU LNG-powered container ships, the CMA CGM Jacques Saade named after the founder of the CMA CGM Group, will also be equipped with a smart system to manage ventilation for the reefer containers carried in the hold.

To further improve the environmental performance of the CMA CGM Jacques Saade and its sisterships, the hull form has been hydrodynamically optimised. The bulb has been seamlessly integrated into the hull profile and the bow is straight. The propeller and rudder blade have also been improved, along with the Becker Twisted Fin.