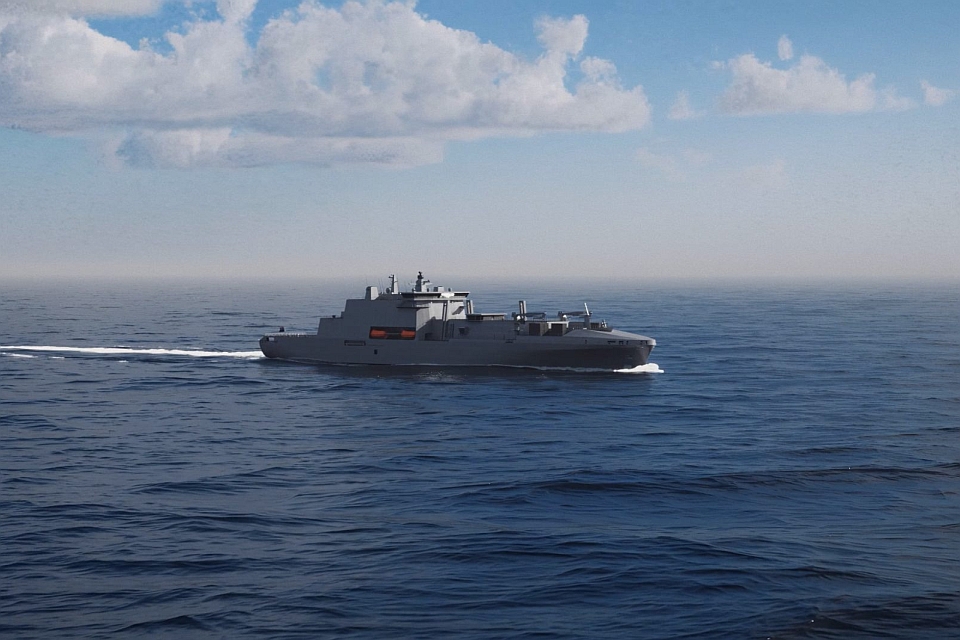 The three Fleet Solid Support (FSS) ships will be built for the Royal Fleet Auxiliary (RFA). Navantia UK is acting as prime contractor, but the majority of the blocks and modules for the ships will be constructed at Harland & Wolff’s facilities in Belfast and Appledore.

Build work will also take place at Navantia’s shipyard in Cadiz in Spain, with the final assembly for all three 216-metre-long vessels to be completed at Harland & Wolff’s Belfast yard. Bath-based company BMT created the design. At 216 metres long and more than 39,000 displacement tonnes, the FSS ships will be the biggest ships built by Navantia to date.

Investments into shipyards and infrastructure

The contract is set to invest around £ 100 million into UK shipyards, including £ 77 million of infrastructure at Harland & Wolff’s Belfast and Appledore shipyards, and a further £ 21 million in skills and technology transfer from Navantia UK. This will allow Harland & Wolff to create one of the most advanced shipyards in the UK – significant for future export and domestic shipbuilding.

With around 900 jobs alone to be created at Harland & Wolff’s Belfast site, the contract – awarded by Defence Equipment & Support – is a welcome boost for Northern Ireland, bringing naval shipbuilding back to Belfast.

Expanding and enhancing Harland & Wolff’s shipbuilding facilities, the FSS fleet will be the first ships built by Harland & Wolff in Belfast since MV Anvil Point was launched in 2002. Strengthening shipbuilding in England and Northern Ireland, this contract is said to complement existing Type 26 and Type 31 frigate construction contracts in Scotland, bolstering the UK’s shipbuilding capabilities.

Production is due to start in 2025, with recapitalisation and yard improvements starting immediately. All three support ships are expected to be operational by 2032.