Damen in talks with Irish navy for multi-role vessel 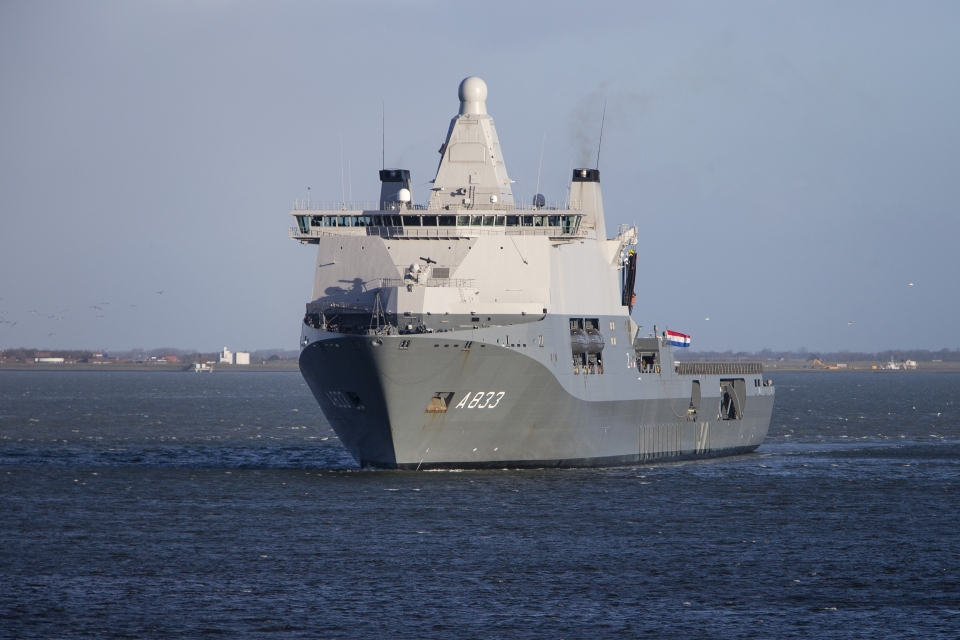 The Irish Naval Service is looking to buy a new multi-role vessel and has shown interest in a smaller version of the Dutch navy’s Joint logistic Support Ship Karel Doorman, built by Damen Shipyards. This was reported by Dutch naval news website marineschepen.nl.

In July 2022, the Irish navy’s flagship LÉ Eithne was decomissioned, together with LÉ Ciara and LÉ Orla. These vessels are to be replaced with a new multi-role vessel. The Irish government previously said a tender would be published in 2023.

Marineschepen.nl now says that the Irish have shown interest in a Karel Doorman-like vessel, but much smaller. Interest in the vessel was raised after the Karel Doorman visited Cork in November 2022.

Damen Shipyards has confirmed to Marineschepen.nl that it is in talks with Ireland about ‘several smaller projects, mainly group-wide (civil)’ but that this also includes ‘discussions about the possible construction of a multi-role-vessel’. The Dutch shipbuilder does not want to give any further details.