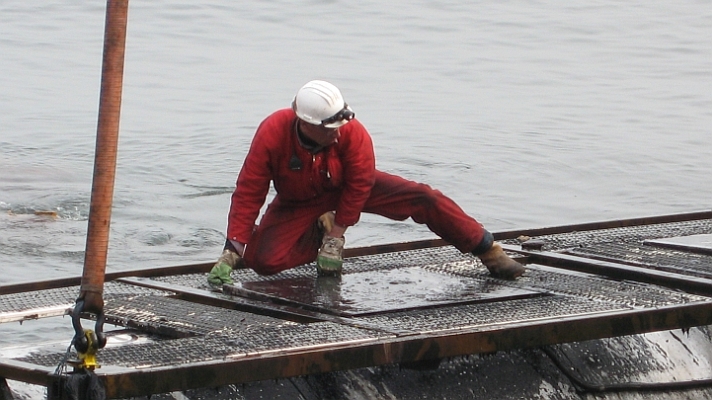 A study commissioned by the Maritime Just Transition Task Force and performed by DNV investigates what training and skills seafarers will need to be able to support shipping’s decarbonisation. Depending on how fast this will happen, this could involve 450,000 seafarers by 2030 and even more after that.

Titled “Insights into seafarer training and skills needed to support a decarbonised shipping industry“, it explores how decarbonisation may impact crew member skills and training needs, and how best to support the maritime workforce in making the shift to decarbonised ship operations, depending on the ship propulsion technologies of the future.

The findings of the report are based on three shipping decarbonisation scenarios:

All three potential decarbonisation scenarios point towards an immediate need to train seafarers. However, the timing and type of training provided will depend on the ambition of decarbonisation trajectories and the future fuel mix.

In the IMO 2018 scenario and the Decarbonisation by 2050 scenario, there is expected to be a significant rise in the number of seafarers needing training on alternative fuel technologies in the 2040s, between 310,000 and 750,000. In the Zero Carbon by 2050 scenario, the number of seafarers requiring some kind of additional training rises steeply from the 2020s until 2050.

The number of seafarers expected to work on ships fuelled by LNG/LPG would increase by approximately 100,000 new seafarers every second year until 2038, in both the IMO 2018 scenario and the Decarbonisation by 2050 scenario.

Training on how to use alternative fuels

There are a number of safety challenges related to alternative fuels in shipping. These include pressurised storage, low flashpoint and toxicity. Hydrogen, for example, is substantially more flammable than diesel. Ammonia, a method of chemically storing hydrogen for propulsion, is toxic to humans and the marine environment.

With the exception of hydrogen, which was until recently only transported in packaged form, most of the alternative fuels are currently carried as bulk marine cargo. The shipping industry is therefore both knowledgeable and experienced with regard to their handling. However, seafarers will need additional training concerning the particular risks associated with using these fuels for propulsion in order to ensure not only their safety but the safety of the environment and local communities.

The skills required for safe operation of ships using alternative fuel technologies are known in parts of the maritime industry. However, meeting decarbonisation goals, coupled with fast-moving technological developments, including increased automation, requires careful monitoring and reflects a general trend towards a “higher-skilled” seafarer.

Increased IT, digital, technical and organisational competence will be needed in future to meet the demands associated with decarbonisation. Special attention should be paid to systems which can equip all relevant seafarers with new skills and help them transfer to new types of jobs created by new technologies. Bridge and engine officers may face higher skill requirements than ratings.

Training seafarers to support shipping’s decarbonisation is already subject to several constraints. These include: slow pace of regulatory development and lack of clarity surrounding the viability and uptake of alternative fuel options and decarbonisation trajectories, which makes investment in seafarer training challenging; a need to increase investment in training centres and up-to-date equipment; a lack of competent trainers; and a shortage of experienced seafarers.