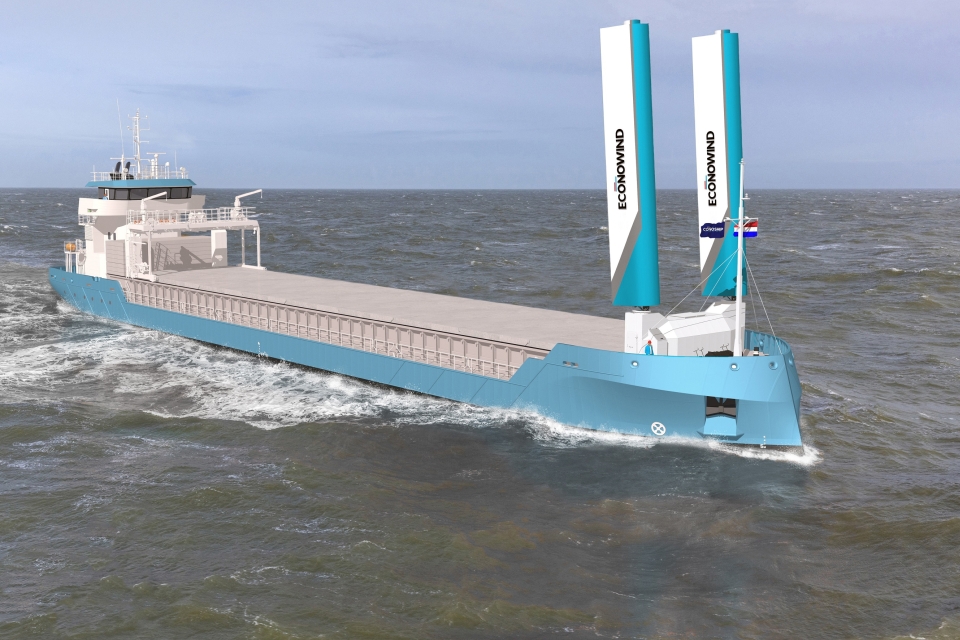 As partner of the Dutch Hudig & Veder Group, Hartel Shipping & Chartering has contracted Holland Shipyards Group for the delivery of three newbuild MPP coasters of 3800 DWT. The new vessels, designed by Conoship, measure 89.42 by 13.20 metres, have a cargo hold capacity of 5530 m3 and a tween deck to allow for increased project cargo capacity.

In response to an increased focus on sustainability, Hartel Shipping has opted for a diesel-electric drive train, allowing for running on sustainable fuels now and later on in the future. The newbuilds are propelled by two 374 bkW electro motors and have a total installed power of 749 kW.

The frequency-controlled, diesel-electric power train regulates the speed of the propeller on the basis of variables such as load factor, water level and navigation route, resulting in fuel saving up to 35 per cent and significantly fewer emissions.

Further energy savings, on this already remarkably efficient design will be realised by fitting a VentiFoil system on the first vessel. With these sails, further efficiencies of eight to twelve per cent can be realised.

With these new vessels, Hartel Shipping will position its fleet on the forefront of sustainability in the shortsea market. For Holland Shipyards Group, this order marks a return to the shortsea market, as well as an expansion of its sustainable efforts in other market segments than ferries, inland ships and workboats.