Thai navy frigate capsizes and sinks in Gulf of Thailand 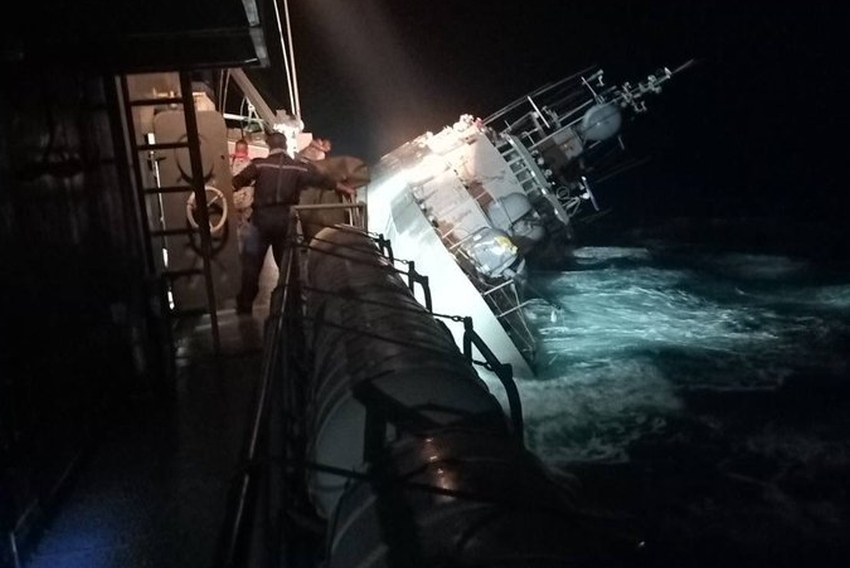 During a storm, Thai navy frigate HTMS Sukhothai capsized and sank in the Gulf of Thailand on Sunday night. 75 crew have been rescued, but 31 are still missing.

According to the Thai navy, strong winds caused sea water to flood the vessel disabling its electrical system, while it was on patrol about 20 miles from the port of Bang Saphan District, Prachuap Province. A power outage followed and the crew lost control of the ship. The water entered the hull so quickly that the ship started listing.

The navy says efforts were undertaken to salvage the vessel, but due to strong winds and waves its sinking at 11.30 pm could not be prevented. The vessels HTMS Ang Thong, HTMS Bhumibol and HTMS Kraburi were sent to the scene as well as two helicopters to rescue the crew. Of the 75 crew that were rescued, eleven are now being treated in hospital. A search is ongoing for the missing 31 crew.

Update 22 December: In total, 76 officers have now been rescued, six have died and 23 remain missing.

Picture by the Royal Thai Navy.