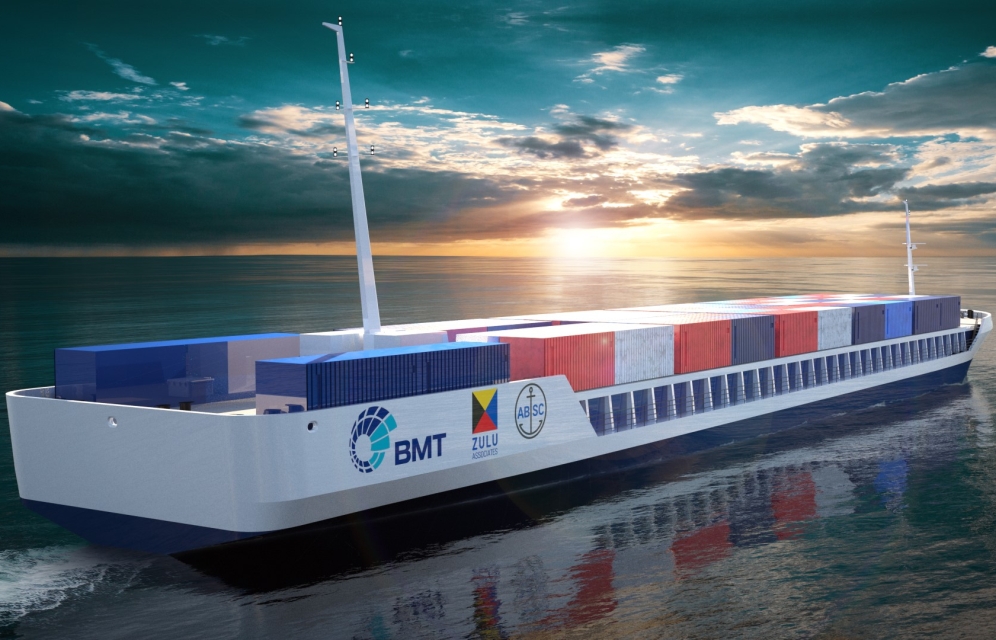 Lloyd’s Register has granted Approval in Principle (AiP) for the ZULU Mass vessel design. This 100-metre shortsea vessel is set to be one of the first of its kind to have the capability of operating autonomously as a zero-emission container ship in the English Channel and the North Sea.

The ZULU Mass was developed by Zulu Associates, an initiator, developer and operator of innovations in the marine component of logistic chains comprised of ZULU Associates BV and Anglo Belgian Shipping Company Ltd.

The ship design, with a capacity of 200 TEU, features a 650-kW electrical propulsion motor, which can be powered by either a hydrogen, ammonia or methanol-fuelled engine and generator, a hydrogen, ammonia, methanol fuel cell or alternatively via a battery. LR awarded the AiP following a comprehensive and thorough analysis of the design undertaken against the requirements of the relevant industry codes and standards.

‘The ZULU Mass design developed by ZULU Associates is a crucial milestone for autonomous shipping in both Europe and across the globe,’ says Mike Holliday, UK & Ireland Area Manager, LR. ‘LR is delighted to have granted Approval in Principle for this design, which has the potential to use a number of alternative propulsion technologies.’

Picture: Zulu Mass will have the capability to operate autonomously as a zero-emission cargo vessel in the English Channel and the North Sea.