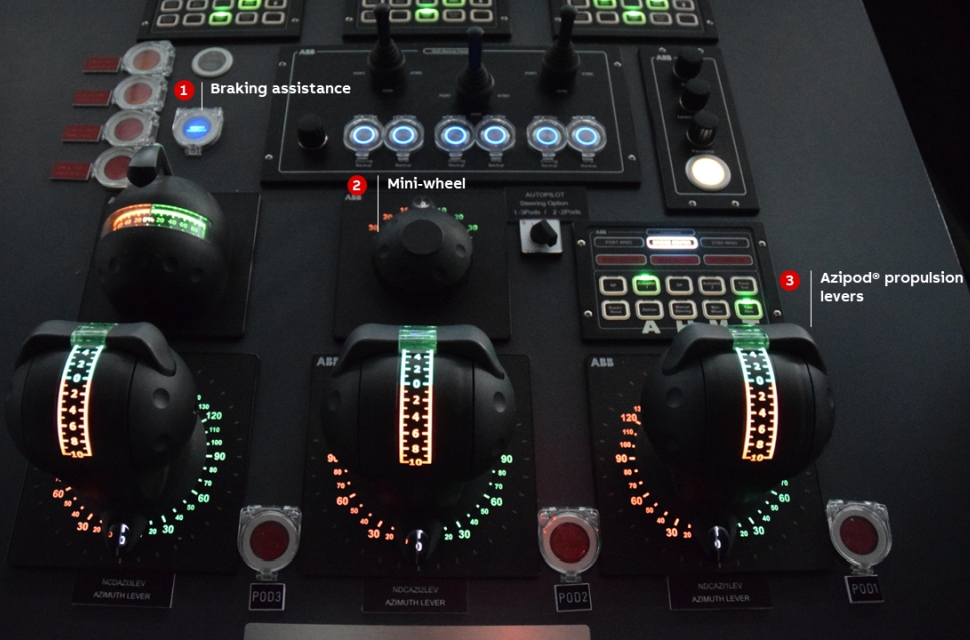 The world’s largest cruise ship Wonder of the Seas is also the first ship in the world to feature the new ABB Ability Marine Braking Assistance. Designed for safe and smooth emergency stops, the automatic braking system is the result of collaboration between the supplier and owner Royal Caribbean Group.

Following full sea trials by shipbuilder Chantiers d’Atlantique and acceptance by the owner, the DNV-approved Marine Braking Assistance provides the latest example of how technology can be leveraged to improve safety for ships, seafarers and passengers.

Marine Braking Assistance, through the push of a button triggers an automated braking sequence, optimising the angles and power of all the Azipod propulsion units based on vessel position, heading and speed to allow maximum braking efficiency. Critically, operators have time to attend to other urgent matters while retaining control over steering.

‘Marine Braking Assistance is a good example of a co-creation project where we, in close collaboration with Royal Caribbean Group, developed a solution that makes a real operational difference,’ says Kalevi Tervo, Global Program Manager of ABB Marine & Ports. ‘The adoption of an automated process that improves safety holds special significance at a time when regulators are moving forward on rulemaking for autonomous ships.’

The Marine Braking Assistance can be compared to an automated braking system (ABS) whose safety benefits car drivers today expect as standard. Automation of the braking sequence also minimises the wear and tear systems experience due to vibration cavitation and the heating up of braking transformers under manual control.

Hard stopping a ship in an emergency situation can be highly stressful. Unlike slamming on the brakes of a car, for vessels with shaftline propulsion the turn to full astern results in losing steering ability. For a vessel equipped with podded propellers, the pod way emergency stopping procedure allows much faster stopping, with limited steering ability, but it demands step-by-step manual actions by the helmsperson, at a moment when other issues require immediate attention.

Wonder of the Seas