VIDEO: How MARIN validates calculations of the stern wave of a mega cruise ship 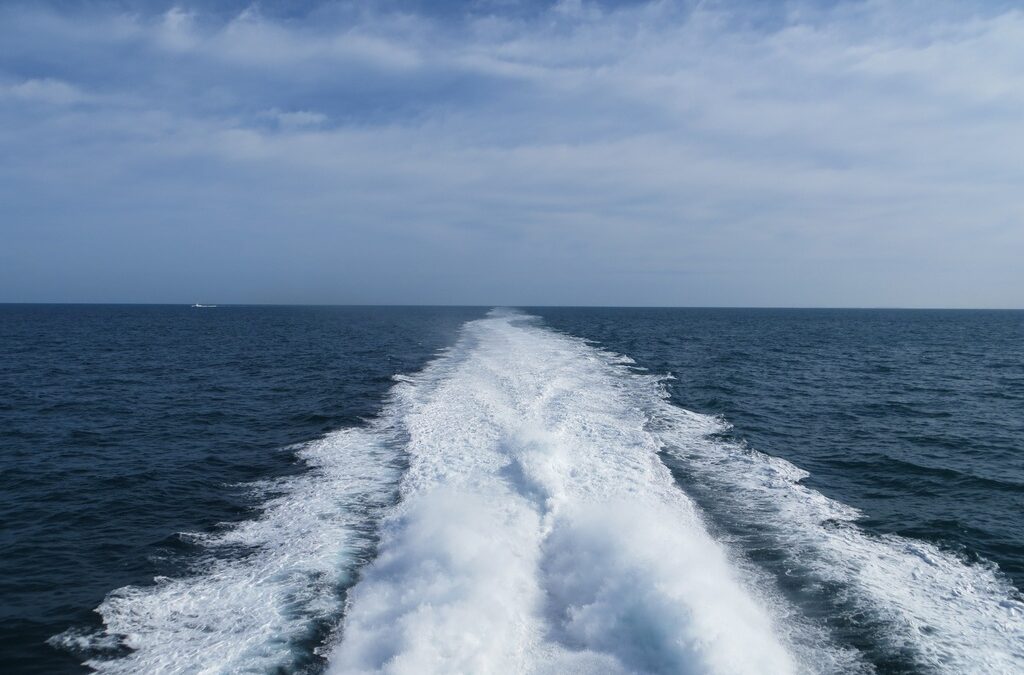 The Maritime Research Institute Netherlands (MARIN) has performed unique wave measurements on board a mega cruise ship. The objective: measure the shape and height of the stern wave to validate model tests and calculations. Digital Image Correlation techniques were used to achieve this.

The team installed two camera’s on the aft of the ship and used Digital Image Correlation (DIC) techniques to measure the stern wave characteristics. According to MARIN, DIC proves to be an important asset to shift the boundaries of what can be measured.

The shipping industry is directly impacted by the global challenge of reducing greenhouse gas emissions. Improvements can be achieved by hull form optimisation when designing new ships. Computational Fluid Dynamics (CFD) is regularly applied for basic resistance simulations as well as for e.g. self-propulsion with rotating propellers or manoeuvring in waves.

In order to avoid scale-effects, it is increasingly common to perform ship scale CFD calculations. Unfortunately, the available full-scale data that can be used for validation are limited. Specifically, flow velocity and radiated wave pattern data are rare at full scale because of the complexity of performing such measurements. That is why MARIN, together with Chantiers de l’Atlantique, used the cruise ship measurements to validate CFD calculations.

In the current work, full-scale wave pattern measurements were performed on a 330-metre-long cruise ship sailing at 20 knots using the DIC technique. This image analysis method is capable of measuring deformations of a surface in space. The approximate size of the field of view was 75 metres by 30 metres. The ship’s speed, shaft power, propeller rate, motions and environmental waves were measured as well.

Additionally, Reynolds Averaged Navier-Stokes (RANS) simulations were performed using STARCCM+. The propeller was modelled both as an actuator disk as well as a rotating propeller with a sliding interface. The turbulence closure model was k-ω SST and the free surface was modelled using the Volume of Fluid method.

The balance between hull resistance and propeller thrust was verified as a first step, showing less than 4.0 per cent difference. The power determined by CFD was validated against the one measured during the sea trials with less than 3.6 per cent difference. Finally, the comparison of the stern wave pattern resulting from full scale CFD simulations with the pattern measured using DIC showed excellent agreement with good accuracy.

CFD and DIC measurements in agreement

The DIC technique is able to accurately measure the stern wave of a large vessel at sea. An excellent agreement was obtained between the stern waves patterns resulting from full-scale CFD simulations with the patterns measured using DIC. An excellent correlation was also obtained between ship-scale CFD and sea trial data in terms of resistance/thrust balance and power.

This validation provides confidence in the use of full-scale CFD for power prediction, which have the same level of accuracy as model tests results, with limited scale effects and extrapolation issues. The results also show the importance of optimising the stern hull form in full-scale and account for the action of the propellers.