Jumbo ships three Liebherr cranes across the Atlantic on biofuels 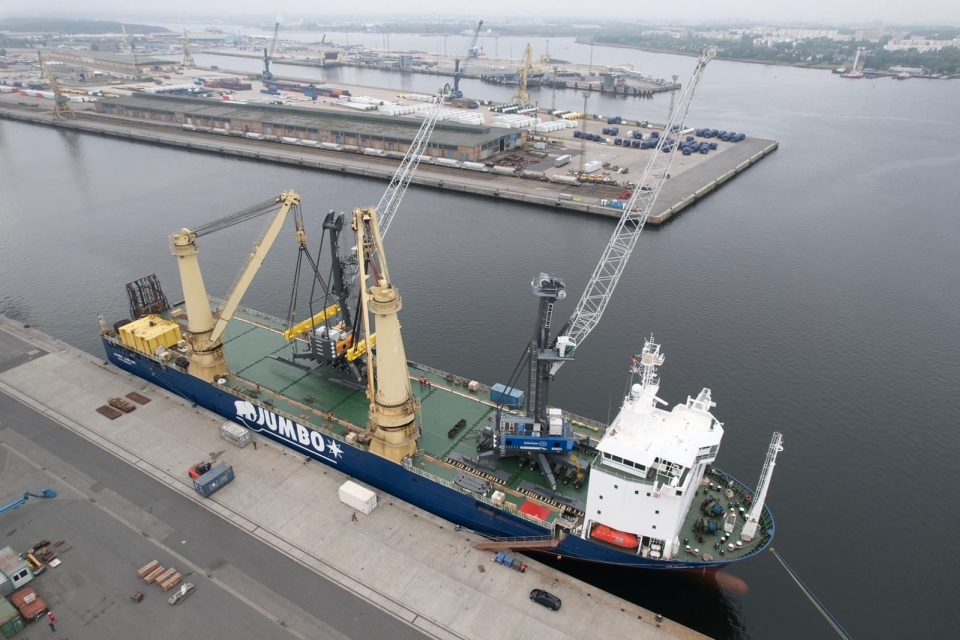 Jumbo’s heavy-lift vessel Jumbo Jubilee has transported three Liebherr cranes across the Atlantic Ocean while sailing mostly on biofuels. GoodFuels supplied the fuels, which were bunkered in Rotterdam.

The cranes were loaded on board the Jumbo Jubilee in Rostock, Germany. GoodFuels‘ sustainable biofuels are virtually free of sulphur oxides and deliver eighty to ninety per cent well-to-exhaust CO2-reduction versus fossil fuel equivalents. Sailing on biofuels in US Emission Control Areas (ECAs) means fewer bunker calls on that side of the Atlantic saving on time and costs.

The route across the Atlantic was carefully planned to avoid hurricanes and tropical storms. In addition, precision planning was needed as the tall cargo the vessel was carrying required critical air draught for some bridge passages and had to pass at ebb tide into Boston.

The three cranes weighed approximately 400 tonnes each. Two were placed on deck and carefully loaded and discharged in dual lift. These were delivered to Boston and Port Hueneme in the USA. The third crane was dismantled and placed below deck. This one was shipped to Rio Haina, Dominican Republic.

Picture: The Jumbo Jubilee in Rostock Germany (by Jumbo).