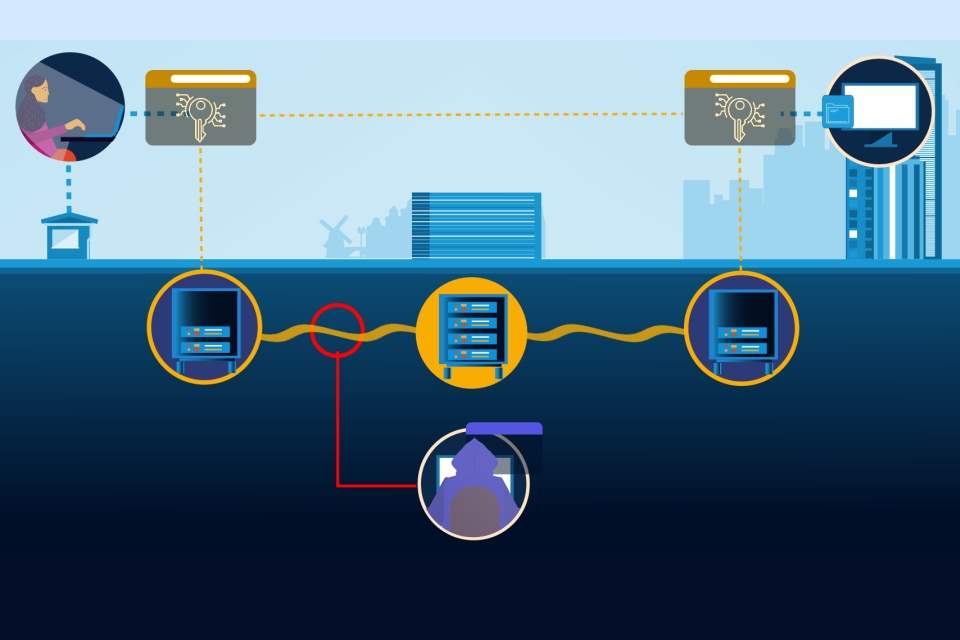 The Port of Rotterdam stakeholders will be able to participate in and benefit from a multi-user quantum network for their critical communication systems. This will ensure an untappable Internet connection between many users, spread out throughout the harbour area.

The safeguard of information transfer over the global Internet is paramount for any large organisation. Tampering with information channels has major financial implications and can be potentially life-threatening.

The Port of Rotterdam represents a significant portion of the Dutch economy and is one of the largest ports in the world. Securing its communication systems will improve the safety of tens of thousands of sea ships a year and for a significant part the economic traffic that comes after.

Several countries already experiment with quantum communication, but QuTech’s spin-off Q*Bird is the first to deploy a new type secure quantum network that can connect multiple users via a centre hub in a cost-effective and scalable manner. This quantum communication infrastructure will ensure an untappable connection and will improve the logistics chains of which Rotterdam is a part.

Previously, a team of scientists and engineers at QuTech — a collaboration between the Delft University of Technology and TNO — has demonstrated an alternative, untappable method for sending encrypted information. The technology has such commercial potential that they have decided to spin-off out of QuTech under the name of Q*Bird.

‘Our technology is based on a special implementation of quantum key distribution (QKD) that uses a central hub to connect users that want to exchange secure communications,’ explains Q*Bird’s co-founder and director Remon Berrevoets. ‘That means that it is possible to implement a quantum network in a cost-effective way, scalable to many end-users, and using mostly off-the-shelf equipment.’

Co-founder and director Ingrid Romijn: ‘Our quantum secure communication system has already shown to be fruitful during a proof-of-concept at major Dutch telecom provider KPN with Cisco hardware and the deployed testbed at digital infrastructure provider Eurofiber with Juniper hardware. The Port of Rotterdam as a launching partner displays the enormous potential of our technology.’

As a first step, the central hub of the system will be situated at Port of Rotterdam Authority and will connect users at Portbase, and two or three other maritime logistic companies that are based in the port of Rotterdam. The multi-user capabilities of the central hub allow for later additions of for example barges and the pilot organisation to the network. In due course, other end-users can be connected to the system too, such as third party customers, suppliers, and emergency services.

The users will share keys that are generated using quantum technology (and therefore inherently untappable) that they will use to encrypt messages using traditional technology. The strength of this type of set-up is the ease by which it can be expanded to many more users, and the relatively low cost of expansion. Upon completion, Portbase can be sure its communication line hasn’t been tampered with while connecting with, for example, other port authorities.

From a technical perspective, this project enables a close collaboration between Single Quantum and Q*bird: two Dutch high-tech companies with complementary expertise. By joining forces, they expect to have a powerful societal impact in the region.

Picture: Schematic image of the quantum key distribution system. A central node (Charlie) connects users Alice (left) and Bob (right). If an eavesdropping hacker tries to steal the secret keys, the laws of quantum mechanics ensure the users are informed if the keys are compromised. Another set of keys will then be created to securely encrypt further messages (picture by Simplot for QuTech).