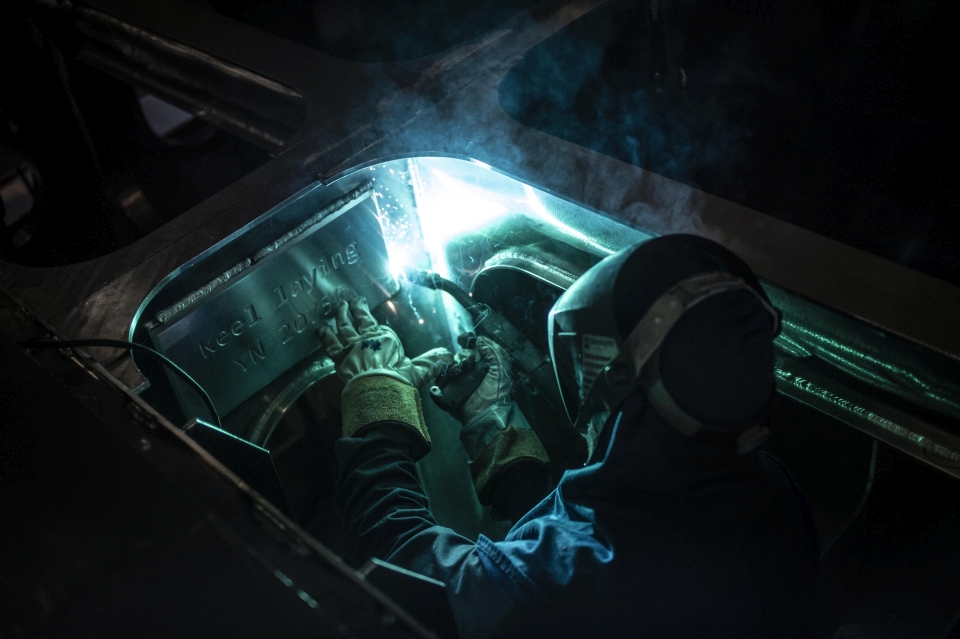 Heesen Yachts laid the keel of the 50-metre all aluminium Fast Displacement Hull Form superyacht YN 20750 Project Orion on September 14 at its shipyard in Oss, the Netherlands. The yacht is built on spec and boasts hybrid propulsion and is IMO Tier III compliant.

At 50 metres overall, with a shallow draught of 2.15 metres and a sub-500 GT enclosed volume, Project Orion will be powered by Heesen’s hybrid propulsion system, which delivers silent cruising.

The 50-metre Fast Displacement Hull Form series is not only ultra-quiet, but also extremely fuel efficient. At 12 knots, Orion will consume 98 litres per hour excluding hotel load, while at 10 knots in hybrid mode, consumption falls to a mere 45 litres per hour. For a 50-metre yacht displacing 295 tonnes, this is an outstanding achievement, according to Heesen.

The yacht is powered by two MTU 12V 2000 M61 (IMO III) engines of just 600 kW each. These are more compact than those typically fitted on a yacht of this size, which demonstrates the efficiency of the Fast Displacement Hull Form devised by Van Oossanen Naval Architects. A lightweight build and meticulous weight control are essential to achieving its performance.

Frank Laupman of Omega Architects penned the image for this ultra-technological yacht. This series boasts a striking profile with a near-vertical bow and large floor-to-ceiling windows. Italian designer Cristiano Gatto has created the interior design.

The six-stateroom layout, with the master on the main deck forward, a full beam VIP, and two double and two twin staterooms on the lower deck, make this yacht ideal for both private and charter use.

‘Laying the keel of a new yacht is always an exciting moment, and even more so when it is built as a speculative venture,’ says Friso Visser, Heesen CCO. ‘At Heesen, we are pioneers in the construction of superyachts in small series, on proven hull designs, propulsion systems and engineering, with individual interiors. The idea of advancing the build by a year or two before the customer signs up reduces delivery time, along with the costs saved in design and development. It has proved to be a winning formula.’

Also read: Heesen Yachts manages to sever ties with Russian owner after all