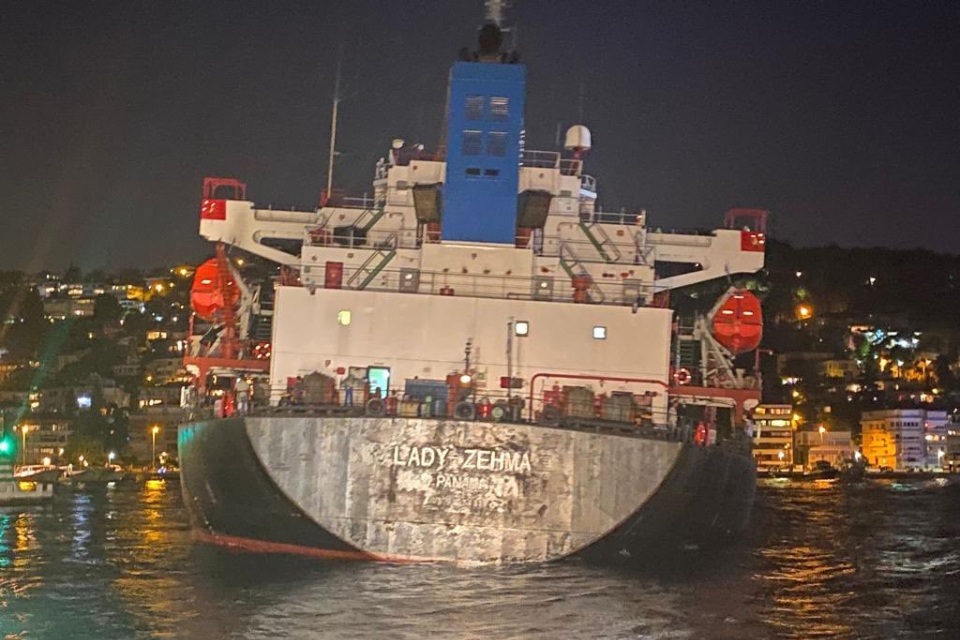 The 173-metre cargo ship Lady Zehma, carrying grain from Ukraine ran aground in the Bosphorus on Thursday 1 September as it was on its way to Istanbul. The accident occurred at around 9 pm after a rudder failure. Early Friday morning, the vessel could already be refloated.

According to Istanbul’s Governor’s Office, Bosphorus traffic was temporarily suspended due to the incident, but no-one was injured nor has there been any environmental pollution. The vessel is now safely anchored in Bebek Bay.

The vessel is carrying 3000 tonnes of corn. Transport from Ukraine kicked off again after a grains-export deal was reached by the United Nations, Ukraine, Russia and Turkey.

The Lady Zehma is a general cargo vessel built in 2005 and measures 172.9 x 29.4 metres. It sails under the Panamanian flag.