Fire on board Stena Scandica doused, ferry on its way to Swedish mainland 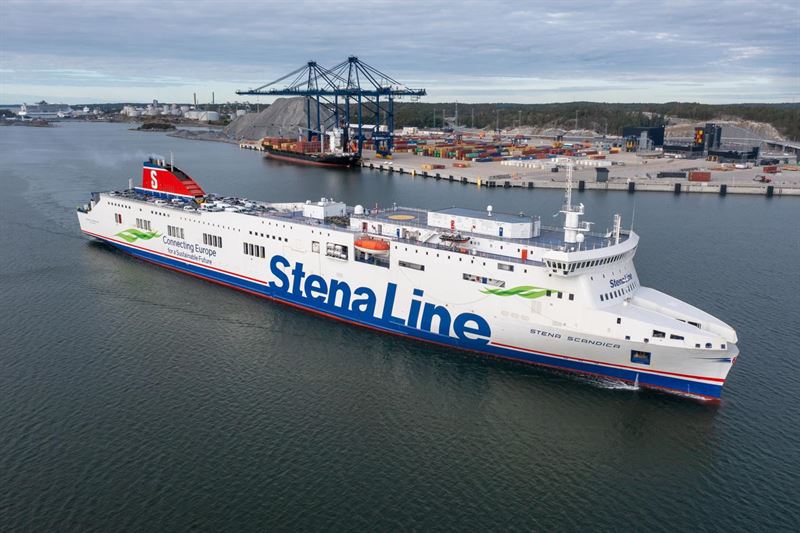 Yesterday afternoon, a fire broke out on the ferry Stena Scandica as it was sailing from Port of Norvik in Sweden to Port of Ventspils in Latvia. While fighting the fire, the ship lost power and around thirty people were evacuated before the fire was extinguished and the crew was able to restart two of the main engines.

The ship was carrying 241 passengers and 58 crew. Stena reported the fire started in a reefer unit on a truck. The Swedish Coast Guard mobilised three rescue vessels and a tugboat to assist, while the ferry Visby, which was in the area, rerouted to the Scandica and remained standby to assist if needed.

According to the Swedish Coast Guard, the ship suffered a power cut due to the fire and was drifting south towards Fårö. It was then decided to start an evacuation of the elderly and families with children. Due to strong winds in the area, it was only possible to evacuate people by helicopter to other ships.

At the time, rescue leader Fredrik Hallerström said: ‘The situation is serious and the Coast Guard is now prioritising its resources to be able to help with the evacuation of passengers and crew. There is also an imminent danger of damage to the environment as a result of oil escaping into the sea. The coast guard is currently stepping up because the situation could worsen.’

About thirty people were evacuated by helicopter and brought on board the Visby. According to Swedish media channel SVT, this effort was called off after the ferry’s crew managed to start two of the main engines and the danger of grounding was deemed to be over.

The vessel is now under way to Nynäshamn, Sweden, under its own power where it is expected to arrive around 10 am. A tug is still escorting the vessel.