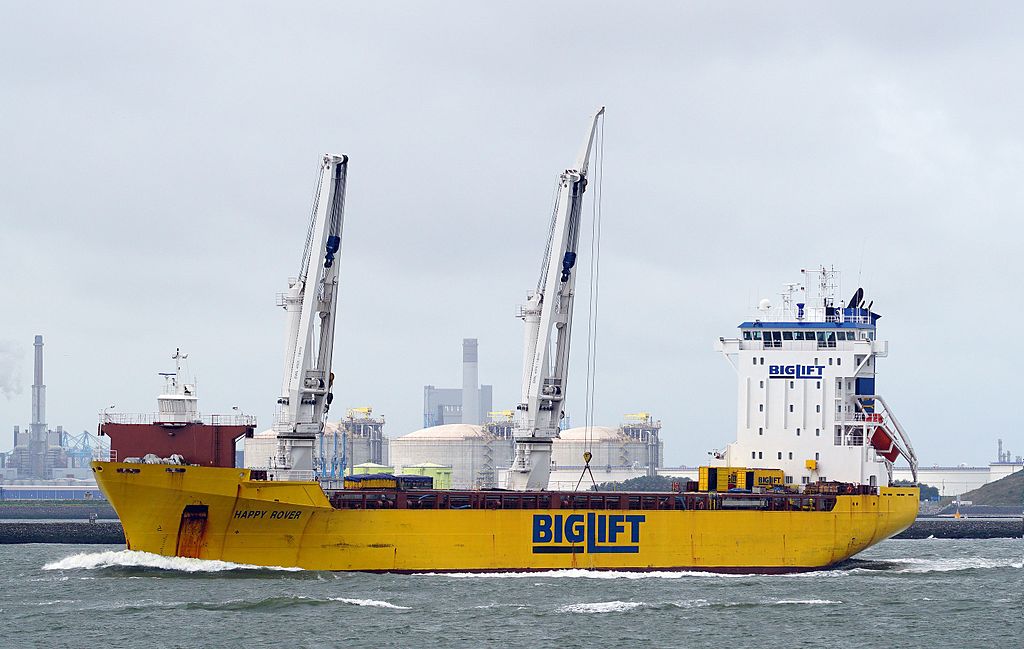 A fire broke out on Sunday on board BigLift’s heavy lift vessel Happy Rover while it was undergoing maintenance at Damen Shiprepair in Schiedam, the Netherlands. The Dutch fire brigade was only able to finish fire-fighting activities in the night from Sunday to Monday. No-one was injured by the fire.

The fire erupted around 3 am on Sunday. Through Rijnmondveilig.nl, the Dutch safety region Rotterdam-Rijnmond reports that initially, the fire caused a lot of smoke and stench. This resulted in people living nearby being asked to keep windows and doors closed. The smoke had subsided enough at around 8 am on Sunday for this advice to be withdrawn.

It took the fire brigade until well into the night to extinguish the fire after they had decided to let the fire burn out in a controlled way. During the night from Sunday to Monday, the fire brigade ended its involvement after which Damen was tasked with cooling of the ship.

The cause of the fire is still unkown. The fire brigade has said Damen will conduct an investigation.

The Happy Rover measures 138 x 22.8 metres and is a versatile heavy lift carrier owned by BigLift Shipping, part of the Spliethoff Group. It is equipped with 400 mt Huisman cranes, that can handle units up to 800 mt in a tandem lift. A large, unobstructed hold allows long units to be stowed under deck. In addition, the Happy Rover is approved to sail with partly opened hatches.

The vessel was the first heavy lift vessel ever to have sailed the Northern Searoute and subsequently the North West Passage within one season and it was also the first-ever vessel to use the shortest of the Northwest Passage routes, via Fury and Hecla Strait, as a transit trade lane between the Pacific and Atlantic oceans.