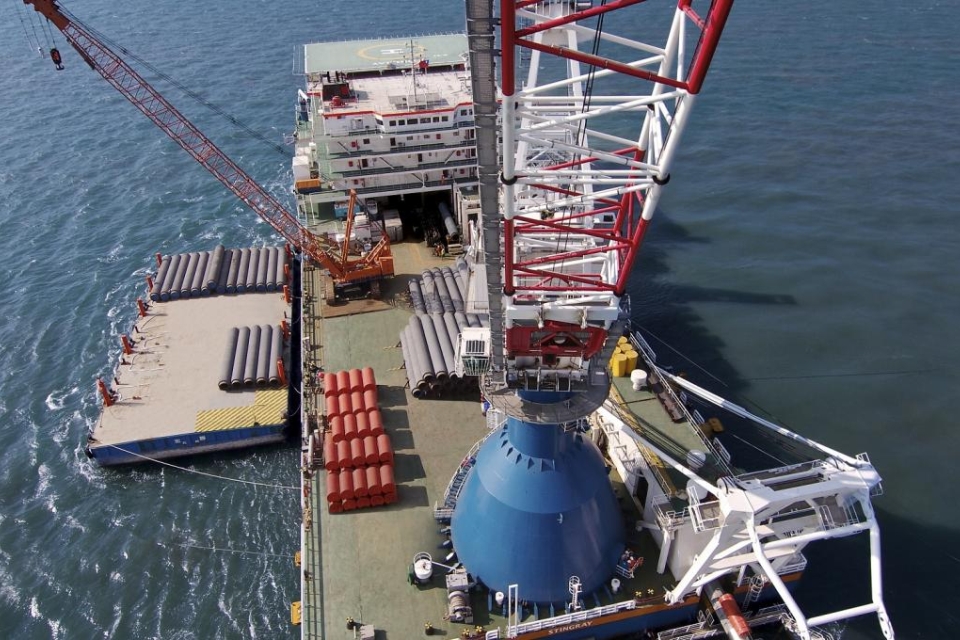 The pipeline will be installed in water depths up to 1400 metres and includes crossing the seawall onshore. It runs from the Liza field in Guyana’s offshore Stabroek Oil and Gas Block to an onshore natural gas fired powerplant west of the Demerara River, along the coast of Guyana. Subsea 7 says the contract is worth between USD 150 million and USD 300 million.

Van Oord‘s scope consists of the shore approach, utilising Horizontal Directional Drilling (HDD) methodology, and installation of 75 kilometres of pipeline nearshore. Van Oord will deploy its shallow water pipelay barge Stingray in water depths of up to 28 metres and start its operations in mid-2023.

Power demand in Guyana is forecast to significantly increase in the next five years along with a fast-growing economy. The project will support Guyana’s low carbon development strategy, which outlines a plan to replace heavy fuel oil with natural gas as the main energy source.

The pipeline will transport 50 million standard cubic feet of gas per day. This has the ability to power a 300 megawatt powerplant. The project is designed to deliver significant benefits for Guyana, particularly in generating cleaner, affordable and more reliable electricity.

Picture: Van Oord’s Stingray from the top (by Van Oord).