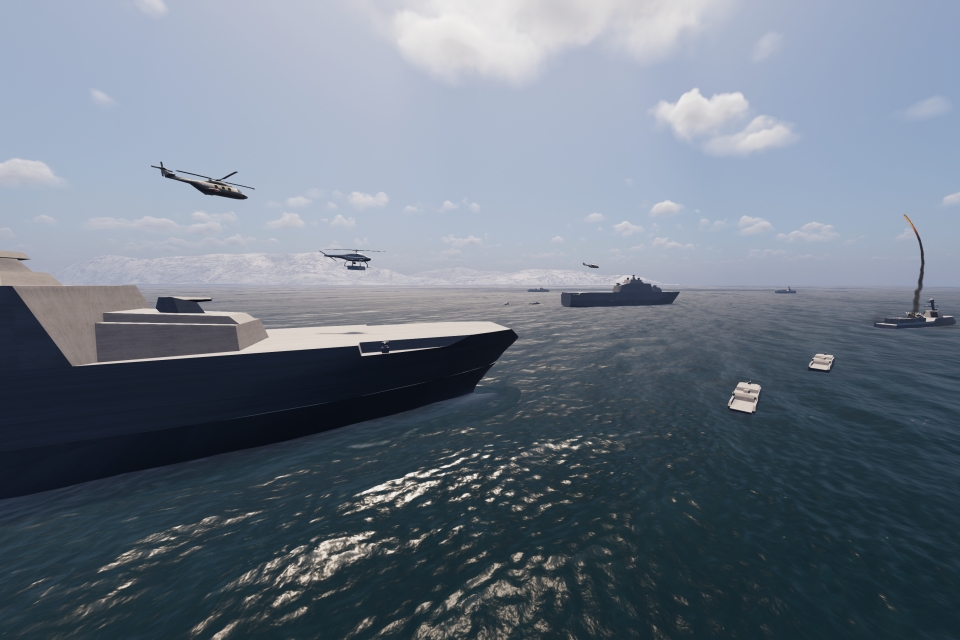 From this month, the Maritime Research Institute of the Netherlands (MARIN) combines its defence-related expertise in a new Defence department. Pepijn de Jong, former team lead Navy in the Ships department, will lead the new and growing department.

The aim is to properly coordinate defence activities MARIN-wide with Dutch, NATO and EU defence partners, to contribute to an effective navy of the future.

‘A good organisation of defence work fits in with our mission and strategy,’ says Bas Buchner, president of MARIN. ‘The Royal Netherlands Navy was one of the founders of MARIN, so we have been involved in defence research from our foundation. A free, safe and clean sea of the future is still our vision. This vision does not only include zero-emission ships, sustainable energy and food at sea, smart digital ships and innovative infrastructure, but also ships for a safe and free sea.’

Buchner adds: ‘The world depends on free and open sea routes, while the development of sustainable energy at sea is an important component in the energy transition and it is vulnerable to aggression. Free and sustainable use of the sea requires protection and defence when necessary. That is what the Royal Netherlands Navy and Coast Guard stand for and we want to contribute to that with our knowledge.’

‘We want to contribute to the maximum maritime-operational deployment of the navy of the future,’ state Pepijn de Jong, Defence department manager (pictured on the right). ‘That is broader than hydrodynamics, it is about how ships can be used effectively and safely in operations on, in and from the sea. We do this by combining our hydrodynamic knowledge base with our knowledge development in the field of emission-free sailing, Human Factors, new numerical and digital methods, data science and new concepts, such as autonomous underwater and above water systems.’

DE Jong: ‘With new facilities such as the Zero Emission Lab and the Seven Ocean Simulator Centre, new opportunities are created to support the Royal Netherlands Navy, defence partner organisations and the wider defence market with applied research aimed at this optimal operational deployment. With the new Defence department, we are an unambiguous point of contact that is well prepared for the specific challenges for the Royal Netherlands Navy and within the broader defence sector.’