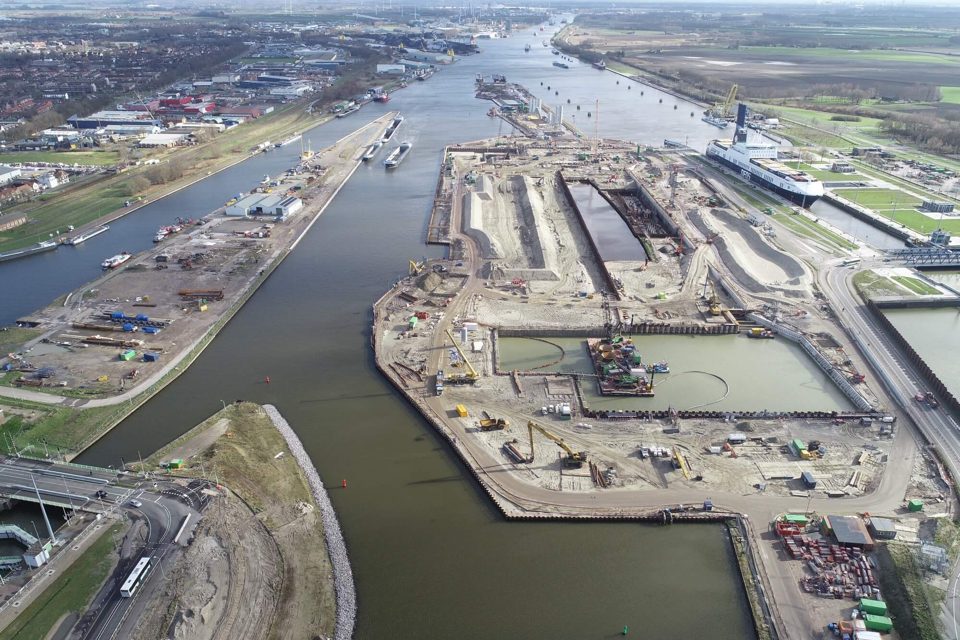 PFAS (per- and polyfluoroalkyl substances) and objects in the soil and Covid-19 have pushed back the delivery date of the Terneuzen sea lock. Originally, this was scheduled for March 2023, but the Dutch Minister of Infrastructure and Water Management Mark Harbers has informed Parliament this is no longer feasible.

In July 2020, the House of Representatives and the Flemish Parliament were informed that the delivery date of the Terneuzen lock had been moved from the end of 2022 to March 2023. It was indicated that discussions were still ongoing on a number of issues, including Covid, which could have an impact on the delivery date. It was also reported that the exact delay could not yet be determined, which is still the case now that the project is still in full swing.

Unclear how much delay there will be

Harbes says that it is now certain that March 2023 is not feasible. This delay is the result of Covid, the presence of PFAS in the soil and the discovery of objects in the subsoil that need to be removed. This will involve extra work that will affect the lead time of the entire project.

A new date is not yet known because the effects of the issues on the planning are still being assessed. As soon as the outcome is known and has been incorporated into the planning, a new completion date will be set.

Also read: Getting ready for a new lock in Terneuzen