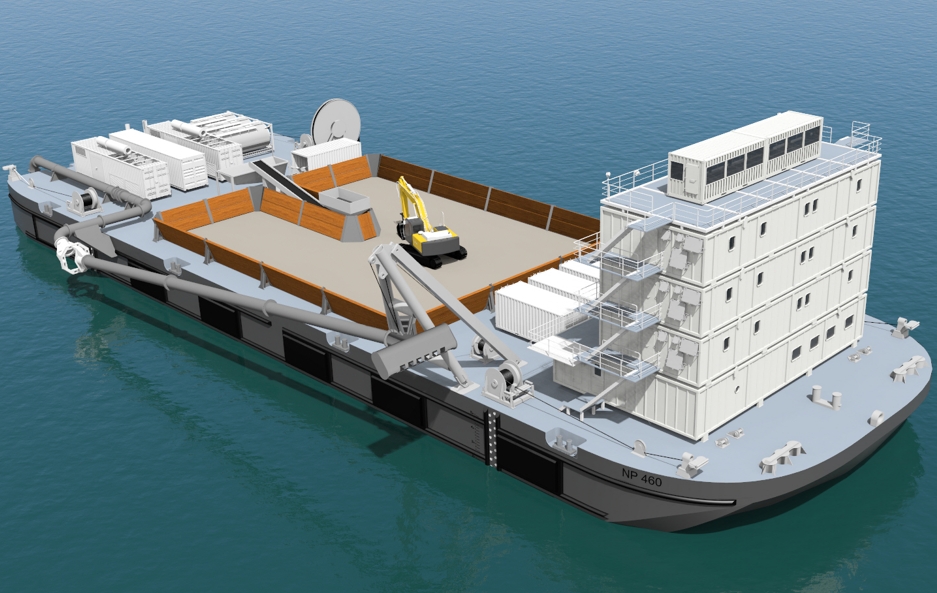 Neptune Marine and C-Systems have awarded Gebhard Electro the contract to supply the electrical installation of the Spreader Pontoon. After delivery in Q2 2023, the vessel will be used for the realisation of the Fehmarn Belt Fixed Link, an 18-km tunnel between Germany and Denmark.

Gebhard Electro will design, supply, install and integrate the electrical installation for the Spreader Pontoon. More than 15 metres of electrical panels will be built for the project, which consists of a distribution system and a multi-drive system for all winches. The company is responsible for the full integration and the scope also includes an automation system from Marpower to integrate all systems. Installation on site takes more than six months.

Dutch shipyard Neptune Marine announced the contract for the Spreader Pontoon in March. The vessel is 82 metres long and 34 metres wide.

The Fehmarn Belt Fixed Link will be the longest immersed tunnel in the world and the longest tunnel for both road and rail traffic. The main function of the Spreader Pontoon is backfilling the surrounding area of the tunnel elements. This is done with sand. Besides that it accomodates in total thirty persons.