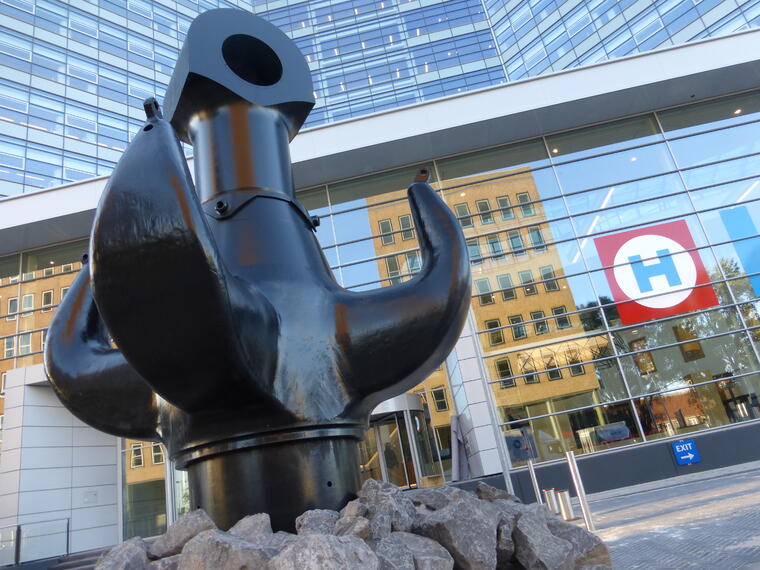 In May, it was announced Heerema Marine Contractors’ chief executive officer (CEO) Koos-Jan van Brouwershaven would leave the company by the end of the same month. A successor has now been found in SBM Offshore’s current chief transition officer Philippe Barril.

With the coming of a new CEO, Heerema will also change its management structure in order to face and address the challenges and opportunities in the industry, especially the energy transition.

Peter Huisman, currently interim CFO, will become the third non-executive board member next to Pieter Heerema (chairman) and Nico Pronk.

Pieter Heerema: ‘I am very proud of this new board, which is a perfect mix of existing Heerema DNA and experience as well as outside expertise that is necessary to continue to deliver on our mission in an ever-changing industry and environment.’

Philippe Barril has more than three decades of experience in the offshore industry. He is a Graduate Engineer of the Ecole Centrale de Lyon (1988) and started his career with Bouygues Offshore as an engineer, moving into project management, subsidiary manager in Angola, Business Unit Angola-Congo, business unit manager Nigeria and vice president Sub-Saharan Africa and Offshore.

In 2002, Barril moved to Technip as CEO Africa and Mediterranean. He spent 2006 working for Single Buoy Moorings as gas sales manager; followed by an appointment as managing director of Entrepose Contracting from 2007 to 2009. In 2009, he returned to Technip, working in a number of senior executive positions and was appointed president and COO in January 2014.

‘The last seven years have been an amazing experience and I would like to thank all my colleagues at SBM Offshore for their commitment, resilience and delivery of our group vision,’ says Barril. ‘I look forward to joining Heerema Marine Contractors, a leader of the offshore industry and to contribute with its teams to its unique positioning within the energy transition space.’

Other Heerema board members

Robbert Sloos started his career in 2004 with KPMG. In 2011, he joined Heerema Marine Contractors and held several finance positions of which the last years as VP Finance. In March 2018, he left Heerema to join Subsea 7 as CFO of the Renewables Business Unit. As from 1 October 2021, he held the position of VP Group Controller of Seaway 7 ASA.

Michel Hendriks joined Heerema Marine Contractors in 1989 as a marine engineer and over time gained experience in a variety of disciplines such as engineering, project management, supply chain and commercial. In 2018, he became director Transport & Installation and in 2021 also director Decommissioning. Before that he was senior vice president Projects and Services responsible for Heerema’s projects and its entire supply chain worldwide.

Jeroen van Oosten joined Heerema Marine Contractors in 2004. He started as a junior engineer and has worked his way through various management and leadership positions. From 2018, he served as a member of Heerema’s management team as director of Decommissioning and since 2021 as director of Wind.

Ramon de Haas started his career as a marine engineer at Heerema Marine Contractors in 1996. He has over 25 years of experience in technically challenging offshore projects, is a strong analytical thinker and capable of translating creative ideas into project ready technology. Since 2018 Ramon leads Heerema Engineering Solutions (HES).

Isolde Eleveld-Terwel started her professional career in 1992 at Wegener were she became head of HR after a couple of years. In 1995, she continued her career at Reed Elsevier, as HR business partner. After working for Ballast Nedam, Essent, Thales and Royal De Heus, she will now become chief human resources officer at Heerema.