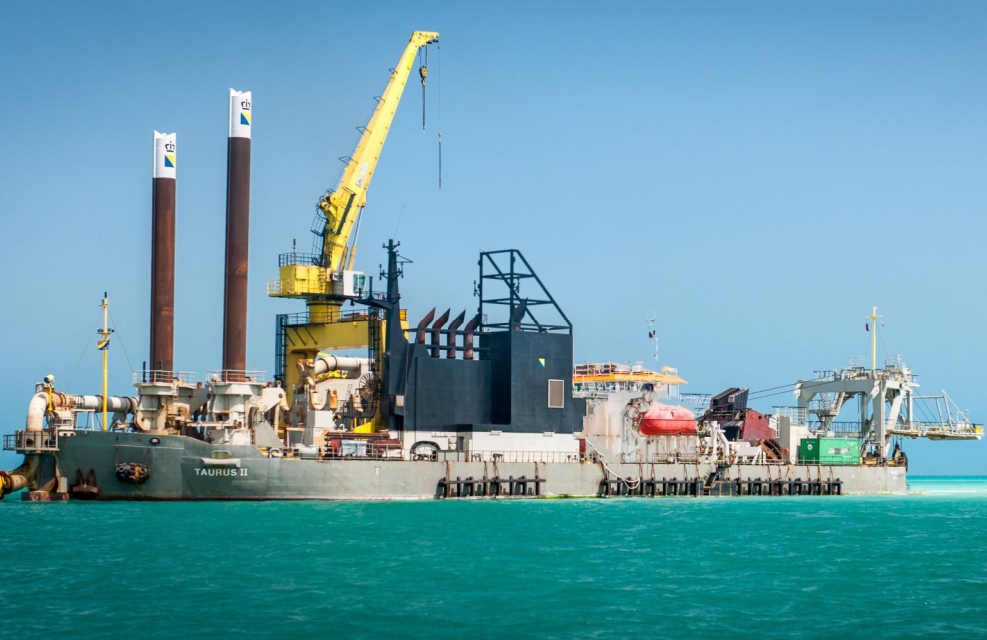 Bakker Sliedrecht has upgraded Boskalis’ cutter suction dredger Taurus II, enabling the vessel to be used as a booster station. By increasing the booster capacity of the dredge pumps from 6000 to 7400 kilowatts, the Taurus II can pump sand over greater distances from a stationary position.

The 112-metre-long and 24-metre-wide Taurus II was built in 1983 as a cutter suction dredger and was upgraded in 2010. At that time, Bakker Sliedrecht modernised all electrical installations on board.

Capacity stretched to the maximum

The newly converted Taurus II will be used as a booster station, which is able to pump sand over great distances. The existing 25 megawatts of power on board had to be used even smarter to cope with this task.

‘We have stretched the unused capacity of the electrical installations to the maximum within all safety margins. Upgrading the pump power from 6000 to 7400 kilowatts allows the vessel to move large amounts of sand over large pressing distances quickly,’ says project manager Arie de Jong.

Bakker Sliedrecht also updated all automation systems, inspected electrical installations, and expanded the camera system (CCTV). Among other things, to monitor the arrival and departure of all hopper dredgers.

Bakker Sliedrecht started the project in June 2021. The first work was prepared in Sliedrecht, after which the adjustments were implemented and installed on board in the United Arab Emirates. The project was completed at the end of February, and afterward, Bakker Sliedrecht handed over the Taurus II to Boskalis.