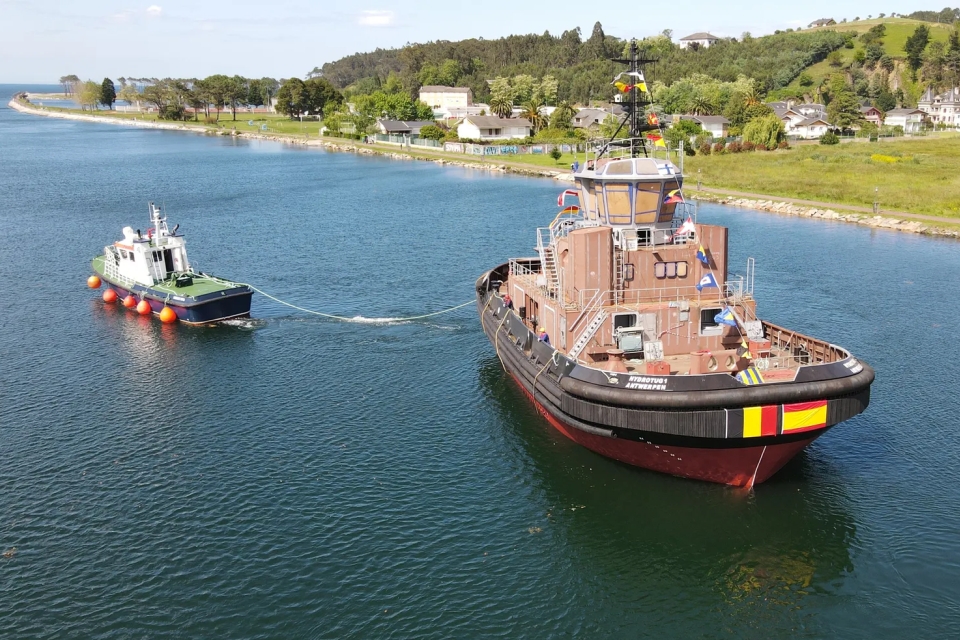 Port of Antwerp-Bruges and CMB.Tech will soon welcome the Hydrotug, the first hydrogen-powered tugboat. The Hydrotug consists of two BeHydro V12 dual-fuel medium speed engines that can run on hydrogen and traditional fuel.

The port sees the tug as an important step in the transition to a sustainable, climate neutral port by 2050. It will be operational in the first quarter of 2023.

‘We are delighted that Port of Antwerp-Bruges will be the first user of Hydrotug, the world’s largest hydrogen-powered vessel,’ says Roy Campe, CTO of CMB.Tech. ‘The technology has been approved by Lloyd’s Register and we are ready to approach the global market of 10,000 tugs. With this technology we can significantly improve the air quality in ports and bring hydrogen technology to every port worldwide.’

Rob Smeets, Port of Antwerp-Bruges Manager Operations: ‘Recently Port of Antwerp merged with the Port of Zeebrugge into one big organisation that aims to reconcile people, climate and economy. Our common goal is to become carbon neutral by 2050, by walking many different sustainability paths, such as carbon capture and storage, and efforts in hydrogen. By 2028 our goal is to have the first green hydrogen molecules on our platforms. Moreover, we are investigating a hydrogen pipeline between the two ports and towards the European hinterland so we can use as much renewable energy as possible. This hydrotug is a fantastic example of what our sustainable future should look like.’

BeHydro, a joint venture between CMB.Tech and Belgian engine manufacturer ABC, has recently developed the technology for medium-speed engines with a higher power output. The Hydrotug is the first vessel to be powered by these dual-fuel medium speed engines – each providing 2 megawatts – with the latest EU Stage V emissions after treatment.

The engines passed the necessary Factory Acceptance Tests (FAT) that validate the correct operation of the equipment. This was overseen by Lloyd’s Register.

The first water launch of the Hydrotug at Armón Shipyards in Navia Spain took place Monday, the 16th of May, and in the next few months, the remaining construction works on the ship will be completed (outfitting) so sea trials can follow later this year. The goal is to deliver the Hydrotug by the end of this year and to have it fully operational in the first quarter of 2023 in Antwerp.

In the meantime, CMB.Tech has also introduced a monofuel hydrogen engine at the World Hydrogen Summit & Exhibition, held in Rotterdam Ahoy from 9-11 May. An extensive article on this engine will appear in SWZ|Maritime’s June 2022 issue, to appear 28 June.