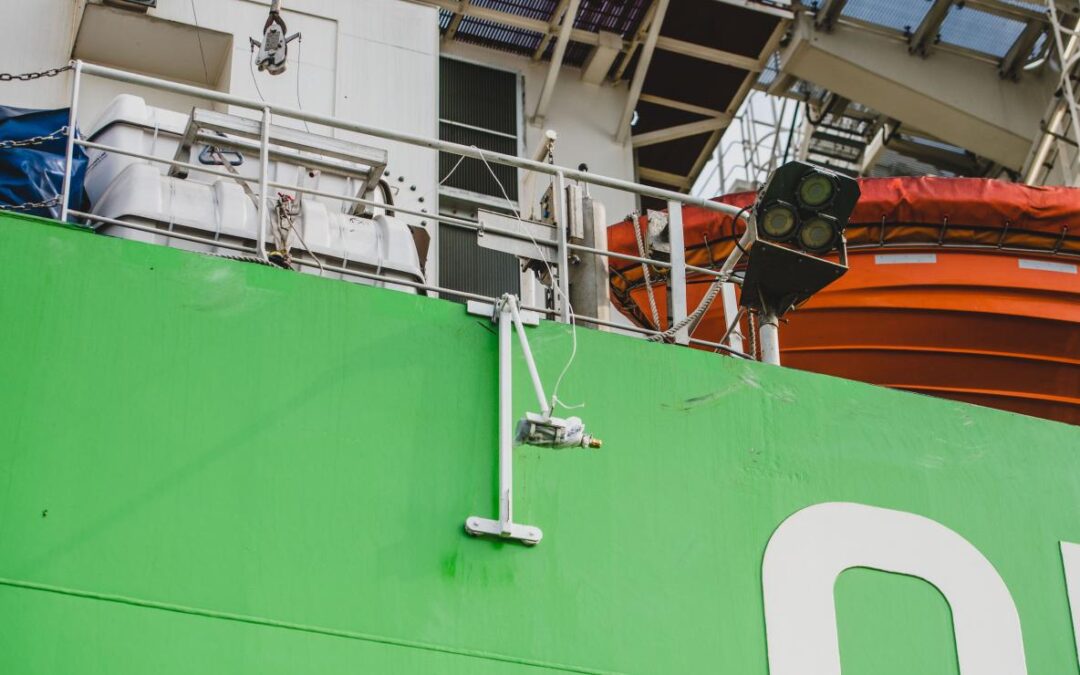 After a two-year delay following the accident with the vessel’s crane during load tests, the Orion has now finally joined DEME’s fleet. With its 5000-tonne crane, the offshore installation vessel is designed to handle the enormous turbines and foundations of the future.

Mrs Amélie Michel, spouse of Mr Charles Michel, President of the European Council, has agreed to be the godmother of the new vessel. In a traditional DEME naming ceremony, Mrs Michel wished Orion and the crew a safe journey.

With a total installed power of 44,180 kW and at 216.5 metres long, the vessel has a large unobstructed deck and a deadweight that has been maximised so it can handle the heaviest components.

‘Orion is a remarkable vessel, highlighting our marine engineering prowess and ability to pioneer so we can support our customers in all of their endeavours,’ says Luc Vandenbulcke, CEO of the DEME Group. ‘This vessel heralds a new era in the offshore energy industry – one which will be dominated by multi-megawatt turbines, jackets and components. The combination of unique technology, load capacity and superior lifting heights will enable Orion to play an important role in helping the industry successfully navigate the energy transition.’

To enable the new installation vessel to handle the future generations of giant turbines and foundations, Orion is also equipped with an integrated Motion Compensated Pile Gripper (MCPG), which has been designed by DEME’s and Huisman’s expert engineers. Coupled with the vessel’s DP3 capability, the MCPG allows the monopiles to remain vertical and stable during installation, despite motions of the ship and waves, and crucially, to be installed without the use of mooring anchors.

Combining these engineering technologies and ability to transport the new giant turbines, jackets and components in a single shipment, Orion will speed up installation times, making the vessel an extremely cost-effective solution for wind farm developers.

Sustainability considerations are also a vital part of the vessel’s design. Orion has dual-fuel engines enabling it to run on LNG or alternative clean fuels, a Green Passport and Clean Design notation. Another environmental innovation is a waste heat recovery system that converts heat from the exhaust gases to electrical energy. The evaporation of LNG also cools the accommodation with a cold recovery system.

Orion will shortly set sail for its first project in Germany, where XL foundations will be installed at the Arcadis Ost 1 offshore wind farm. This will be followed by a decommissioning project in the UK. Orion will also be deployed for the installation of 176 foundations at the Coastal Virginia Offshore Wind Farm in the US, one of the largest offshore wind developments in the world.

In May 2020, Orion was in the port of Rostock after having its 5000-tonne heavy-lift Liebherr crane installed. During the load test of the crane (35 metres outreach and 175 metres hoisting height), the hook collapsed with the result that the complete crane collapsed. The cause of the crane losing its load, was the crane hook, the stem of which broke during the test. Liebherr had ordered the crane hook from a third party, Dutch Ropeblock.

Liebherr then set about repairing the crane. The HLC 295000 is the largest offshore crane Liebherr has ever manufactured. The crane was designed with the ever larger offshore wind energy farms in mind as well as the trend of dismantling disused offshore oil and gas platforms from which large and heavy parts have to be disassembled in open seas.

In early April 2021, it became clear Gdańsk Remontowa Shiprepair Yard was contracted to repair the damages on board the vessel itself.