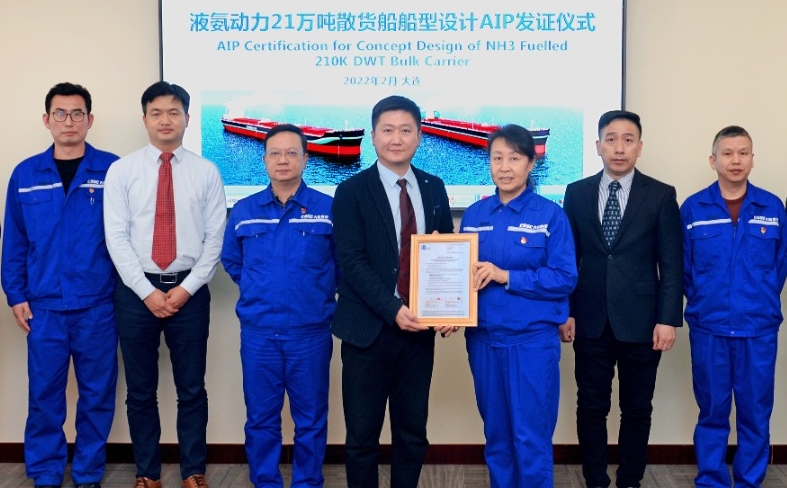 Lloyd’s Register has awarded approval in principle (AiP) to Dalian Shipbuilding Industry Company (DSIC), the largest shipbuilding company in China, for the first Chinese Newcastlemax bulk carrier concept to be powered by ammonia. Running on ammonia allows for zero-carbon operations.

Lloyd’s Register’s (LR’s) role was to review the suitability and risks of the design. Ammonia (NH3) is considered one of the most promising alternative fuels, supporting the marine energy transition away from carbon-based power sources.

‘This is an exciting project, not only for LR who has had many firsts in this area, but for DSIC as this is the first design of its kind and shows its commitment to a transition to zero-carbon fuels,’ says Li Tianxiang, Vice President and General Manager of Shanghai Technical Support Office, LR Greater China. ‘The award of this approval in principle (AiP) is another important step toward the decarbonisation of the maritime industry, showing the feasibility of powering commercial vessels with zero-carbon solutions in the near future.’