IMB reports lull in crew kidnappings in Gulf of Guinea 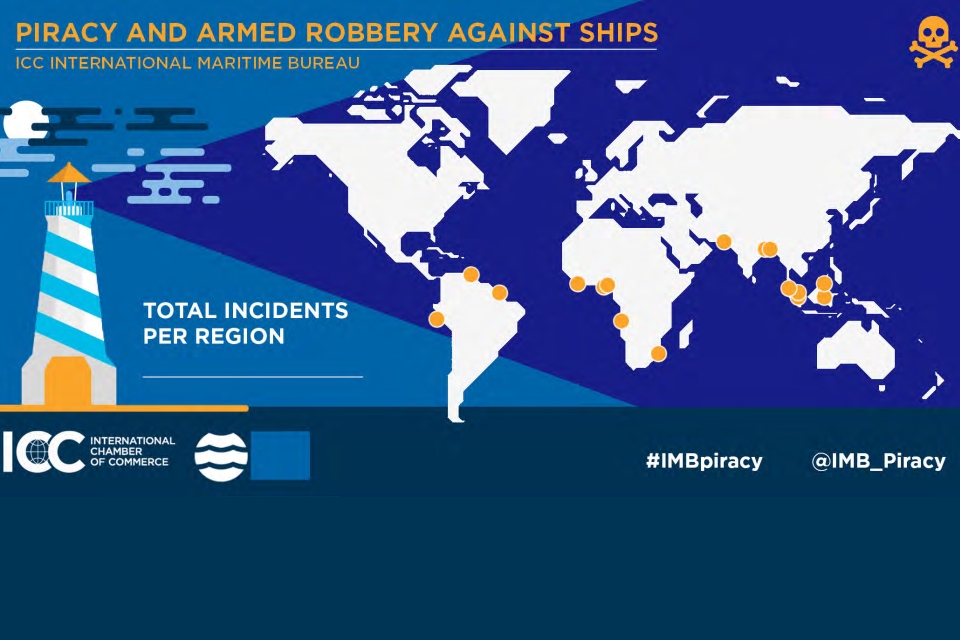 The ICC International Maritime Bureau’s latest piracy report recorded 37 incidents in the first three months of 2022, down from 38 in 2021. Nearly half of the incidents (41 per cent) occurred in Southeast Asian waters, particularly in the Singapore Straits. Yet, there was a welcome decrease in reported incidents in the Gulf of Guinea region with just seven incidents.

The International Maritime Bureau (IMB) warns, however, that sustained efforts are needed to ensure the continued safety of seafarers in the West African region that remains dangerous as evidenced by the hijack of a product tanker off the coast of Ivory Coast on 24 January, during which all seventeen crew were taken hostage. Reports of armed robberies have also been received within the anchorage waters of Angola and Ghana.

Worldwide, this is the first quarter since 2010 where no crew kidnappings have been reported, although violence against and the threat to crews continue with 23 crew taken hostage and a further four crew threatened.

Thanks to the efforts taken by maritime authorities in the region, there have been no reported crew kidnappings within Gulf of Guinea waters in Q1 2022. This is a welcome change compared to forty crew kidnappings in the same period in 2021. The efforts of the regional and international navies have also resulted in a reduction of reported incidents from sixteen in the first quarter of 2021 to seven over the same period in 2022.

The IMB Piracy Reporting Centre however urges the coastal response agencies and independent international navies to continue their efforts to ensure piracy is permanently addressed in these highly risky waters.

The threat to innocent seafarers remains and is best exemplified with a recent attack where a Panamax sized bulk carrier was boarded by pirates 260 NM off the coast of Ghana on 3 April. This illustrates that despite a decrease in reported incidents, the threat of Gulf of Guinea piracy and crew kidnappings remains.

On being notified of the incident, the IMB Piracy Reporting Centre immediately alerted and liaised with the regional authorities and international warships to request for assistance. An Italian Navy warship and its helicopter instantly intervened, saving the crew and enabling the vessel to proceed to a safe port under escort.

Incidents on the rise in the Singapore Straits

Almost thirty per cent of all incidents reported globally since the start of 2022 have been against vessels navigating the Singapore Straits. While these are considered low level opportunistic crimes and fall under the definition of armed robbery, crews continue to be at risk.

In the eleven reported incidents in these waters, two crew were threatened and one taken hostage for the duration of the incident. It has also been reported that in at least one incident a gun was used to threaten the crew.

‘Perpetrators are armed in most incidents, putting crews at risk even in the low-level opportunistic incidents,’ says IMB Director Michael Howlett. ‘Coastal states are urged to increase efforts to identify and apprehend these criminals to enhance maritime security and facilitate safer trade across these important and strategic waterways.’

Outside the Singapore Straits, the information sharing cooperation between the Indonesian Marine Police and the IMB Piracy Reporting Centre continues to deliver positive results with only four incidents reported off the coasts of Indonesia and Malaysia, compared to two over the same period in 2021.

As a region, South American ports account for 27 per cent of the global incidents, with ten reported events. Particularly, Callao anchorage in Peru remains an area of concern, with six incidents reported in the first three months of 2022 compared to five incidents during the same period last year and only one in 2019.

Three incidents were also reported in Macapa anchorage off the coast of Brazil. In two of these incidents, crews were either threatened or taken hostage, threatened with knives, tied up with their face covered with burlap for the duration of the incident.

Threat subsists in the Gulf of Aden

Although no incidents were reported there since the start of the year, the threat of piracy still exists in the waters off the southern Red Sea and in the Gulf of Aden, which include the Yemeni and Somali coasts. Although the opportunity for incidents has reduced, the Somali pirates continue to possess the capability and capacity to carry out incidents, and all merchant ships are advised to adhere to the recommendations in the latest Best Management Practices, while transiting in these waters.