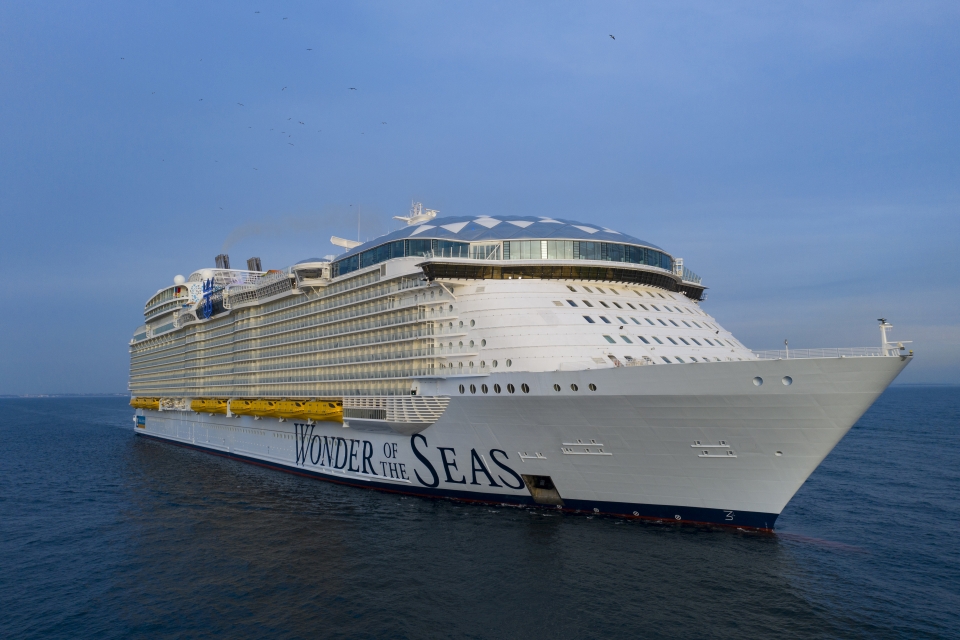 The latest addition to Royal Caribbean’s fleet of cruise ships has set sail for its first cruise. At 362 metres and with a GT of 230,000, the Wonder of the Seas now counts as the world’s largest cruise ship.

The Wonder of the Seas was delivered to Royal Caribbean on 27 January and arrived in the US on 20 February. The vessel departed for its first cruise from Fort Lauderdale, Florida, for a seven-night Caribbean cruise on March 4. The vessel will continue these cruises through April before heading to Barcelona, Spain, and Rome for a summer in the Mediterranean.

The Harmony class features a split superstructure and the cruise line’s neighborhood concept of seven districts themed areas. In addition, the vessels house a surf simulator, the tallest slide at sea, a 10-storey-high zip-line, climbing walls, an ice skating ring and 12,000 live trees and plants.