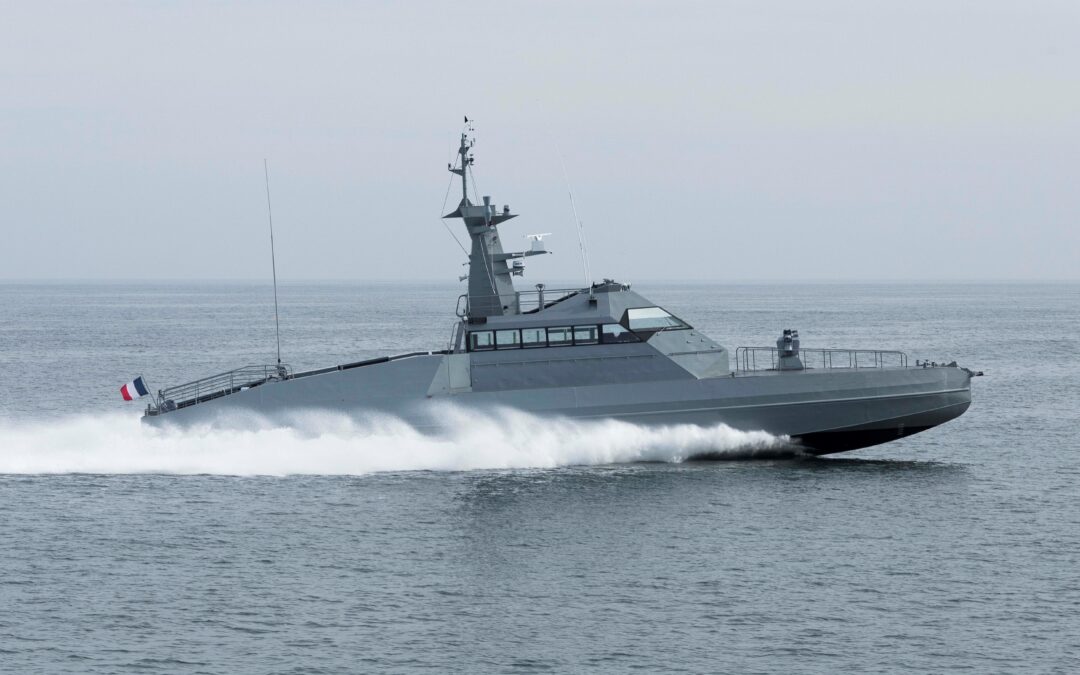 With a speed of over 45 knots, the French group CMN Naval has presented what is says is the fastest autonomous interceptor in the world, the UHSI32. The autonomous abilities and features have been developed by CMN in cooperation with Sea Machines Robotics.

The UHSI32 combines multiple mission capabilities with high-speed performance (over 45 knots) and an extended patrol period of three days. With a length of 32 metres and beam of 7 metres, missions include maritime security, search-and-rescue (SAR), insertion, surveillance and protection of assets at sea.

The UHSI32 was presented at the World Defence Show, which is currently taking place in Riyadh, Kingdom of Saudi Arabia (KSA). Here, CMN Naval is demonstrating the UHSI32’s ability to execute autonomous transit missions, pattern autonomy and dynamic collision avoidance while being operated via over-the-horizon network connectivity almost anywhere in the world. In addition, the Raytheon command and control system will help analyse, track and compile data.

‘The UHSI32 is the first high-speed interceptor in its class which incorporates autonomous technology. We will continue to collaborate with world leaders in specific fields to push the boundaries of innovations and to become the world’s most advanced and sustainable shipbuilder,’ says Fadi S. Pataq of CMN Naval.

‘As a leading developer of autonomous control systems, Sea Machines brings innovation to the global security and defense sectors,’ adds Frank Relou, business development manager, EMEA, for Sea Machines. ‘This collaboration with CMN Naval represents the intersection of commercial and government sectors, and the capabilities of autonomous technology. We continue to prove the capabilities of our technology on the world stage, and we look forward to demonstrating its value once more at the World Defence Show.’