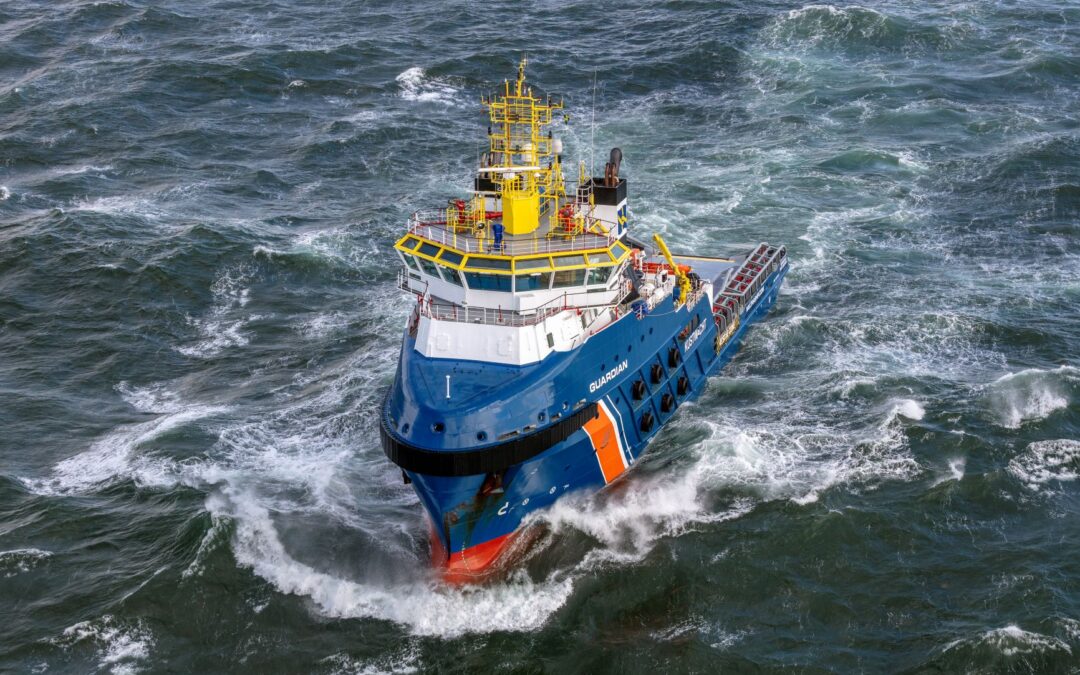 The container ship Marcos V reported to the Netherlands Coast Guard that it lost at least 26 empty containers at sea on Saturday 19 February. The ship was en route to Rotterdam and lost the containers between the north of the Dutch Wadden Island Vlieland and the west of Schoorl.

Rijkswaterstaat is supervising the salvage of the containers and the organisation holds the ship’s manager liable. The safety region has initiated an active search for containers on the Wadden Islands. If beach visitors find containers or parts of containers, they can report this to the municipality.

The Marcus V departed via the northern route along the Wadden Islands in the direction of Rotterdam on 18 February the ship. The wind at sea was 9-10 bft and the waves were around 8 metres high.

The Dutch Coast Guard’s emergency tug Guardian was already at sea due to the strong wind and was immediately deployed to search for floating containers. The Coast Guard plane was alerted to conduct an aerial search. To date, no containers have been found. The Coast Guard warns shipping traffic on the danger of the lost containers.

The Dutch Coast Guard provides ships with routing advice in adverse weather. After the accident with the MSC Zoe, which lost 343 containers while sailing the southern shipping lane above the Wadden Islands, container ships longer than 200 metres are now advised by the Coast Guard to take the more northerly route in case of bad weather in order to reduce the risk of container loss.