The importance of an unobstructed deck: Small trip on lanyard leads to repatriation 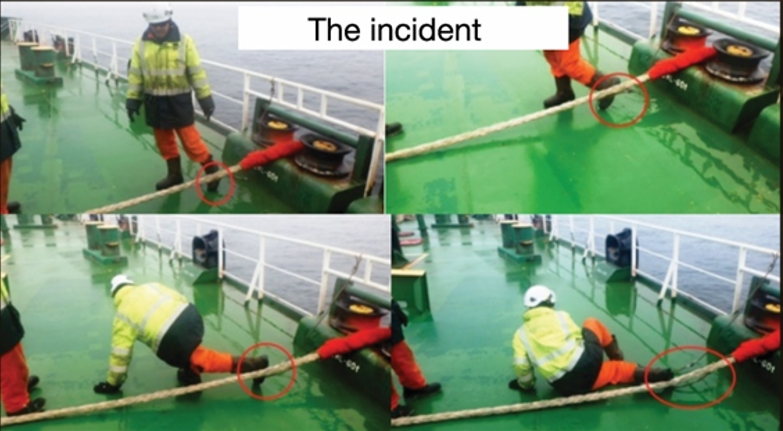 A clean and unobstructed deck is a safe deck. The Nautical Institute gives this advice in its latest Mars Report, which describes how a crew member had to be repatriated after tripping on a lanyard.

A vessel was in the process of berthing. A crew member carrying out his work at the forward berthing station tripped over the lanyard securing the spring line’s chafing sleeve to the vessel’s railing. The victim did not think he was injured but, when trying to stand he felt severe pain at his left hip.

First aid was provided, but there was no visible injury such as bruises or hematoma. The victim felt pain only while standing on his left leg. Later that day, he was transported to the local hospital. As it transpired, the victim required surgery and extended recovery time, and was repatriated after surgery.

This accident was covered in the Mars Reports, originally published as Mars 202159, that are part of Report Number 350. A selection of this Report was also published in SWZ|Maritime’s January 2022 issue. The Nautical Institute compiles these reports to help prevent maritime accidents. That is why they are also published on SWZ|Maritime’s website.